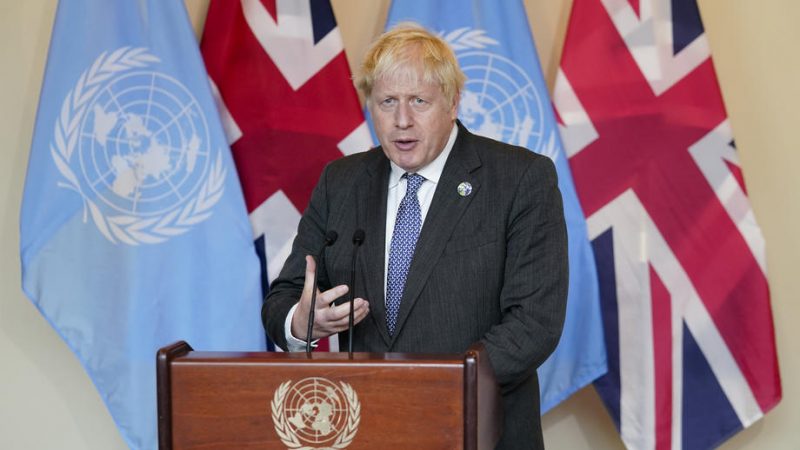 Prime Minister Boris Johnson warned on Monday that “history will judge” if international leaders fail to act now to tackle the climate crisis.

Speaking at the UN general assembly in New York, the UK prime minister urged other developed countries to increase their contributions, to help meet the target of $100bn (£73bn) in climate financing set more than a decade ago.

Johnson will host the Cop26 climate talks in Glasgow in November, and is trying to keep alive the chances of an ambitious agreement on climate financing, putting the chances of a deal as “six out of ten”.

“Too many major economies – some represented here today, some absent – are lagging too far behind,” said Johnson, in what is seen as a hint that the United States should commit more funding.