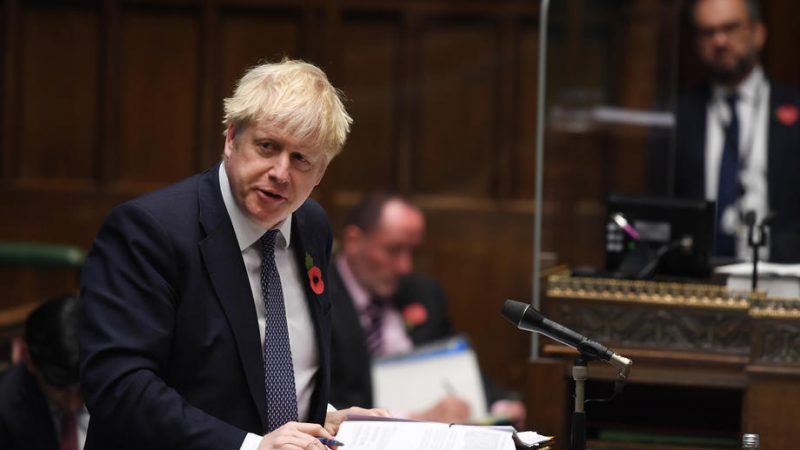 Biden has previously expressed his opposition to Brexit as well as criticism of the UK’s plans to unpick the Northern Ireland protocol. [EPA-EFE/JESSICA TAYLOR/UK PARLIAMENT]

UK Prime Minister Boris Johnson moved to strengthen relations with US President-elect Joe Biden on Sunday (8 November), emphasising the common ground between himself and the on free trade and climate change.

“We have the real prospect of American global leadership in tackling climate change,” said Johnson, in a veiled reference to outgoing President Donald Trump’s climate scepticism. The UK will host the COP26 climate summit in 2021.

Biden has previously expressed his opposition to Brexit as well as criticism of the UK’s plans to unpick the Northern Ireland protocol. But Biden’s allies have also moved quickly to repair ties with the UK.

Meanwhile, Senator Chris Coons, who has been touted as a possible secretary of state in the Biden administration, has said that there is an opportunity “to jump start a new chapter” in transatlantic relations. (Benjamin Fox | EURACTIV.com)