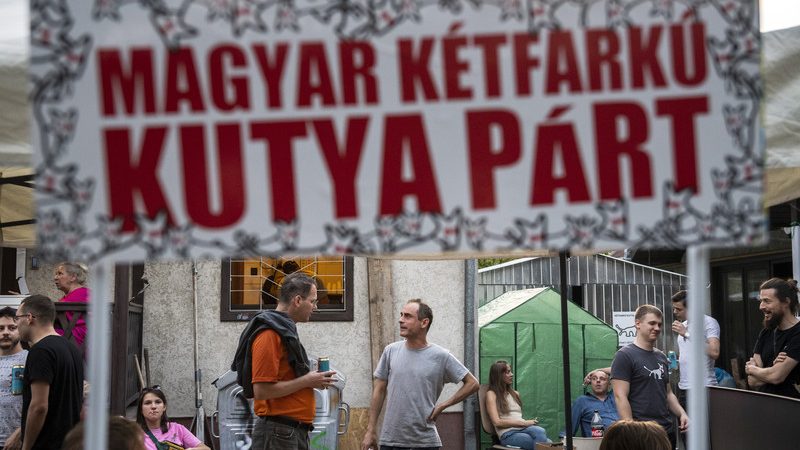 MKKP’s president, Gergely Kovács, confirmed on Friday his party’s intention not to collaborate with the coalition that comprises a wide range of ideologies. [EPA-EFE / Marton Monus]

The Hungarian Two-tailed Dog Party (MKKP) will run in the spring parliamentary election with 85 individual candidates on a separate list from the six-party opposition coalition, which is trying to put up a single opposition candidate against Fidesz in each electoral district, Telex reported.

MKKP’s president, Gergely Kovács, confirmed on Friday his party’s intention not to collaborate with the coalition that comprises a wide range of ideologies from social-democrats to the former far-right in an attempt to defeat the governing Fidesz party.

Kovács also confirmed that MKKP had been approached by the joint opposition candidate  Péter Márki-Zay who tried to convince MKKP not to run against the six-party opposition coalition in the parliamentary polls.

However, Gergely Kovács said his party has voters who want to vote for them and in this form.

“If everyone who likes us votes for us, there will be 5-6 MPs in parliament who are not Fidesz”, he said.

“It could very well be that the because of the Two-Tailed Dog Party, because of Gergő Kovács, Viktor Orbán will stay in power”, Péter Márki-Zay reacted.