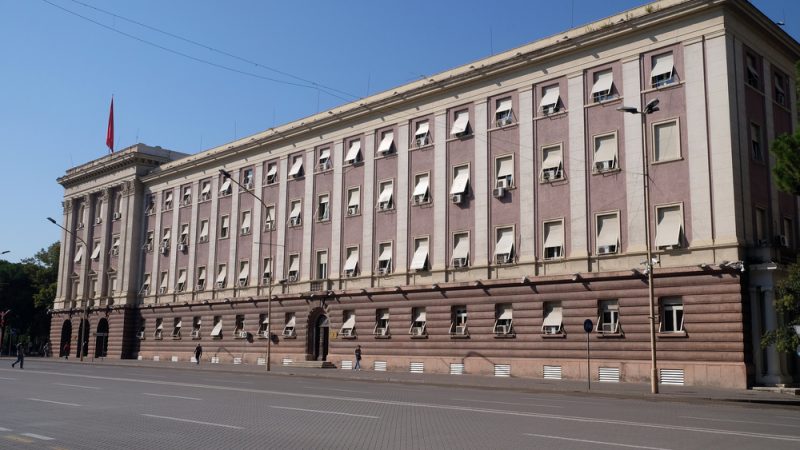 In early June, parliament decided to expel journalists from parliamentary commissions and allow them to cover meetings through audio and video broadcasts. [Shutterstock/Zvonimir Atletic]

Albanian lawmakers have withdrawn an initiative to change rules in parliament to prevent journalists from attending committees and parliamentary session meetings, allowing reporters to continue to follow the meetings of the parliamentary commissions, according to a letter signed by Speaker Gramoz Ruçi.

In early June, parliament decided to expel journalists from parliamentary commissions and allow them to cover meetings through audio and video broadcasts. Parliament also withdrew the decision for the guards to accompany the journalists to the premises of the building, considering as necessary only the initial control at the entrance.

This was followed by a series of protests by television and print journalists who signed a draft petition and sent it to the parliament, embassies, the OSCE, the ombudsman, the prime minister, and the president of the republic. They considered the decision as a violation of their work, transparency and against the public interest.

The decision follows a series of meetings of journalists with representatives of the parliament, as well as the protest held after the decision.