Jourova: Putin should be first in EU sanctions list 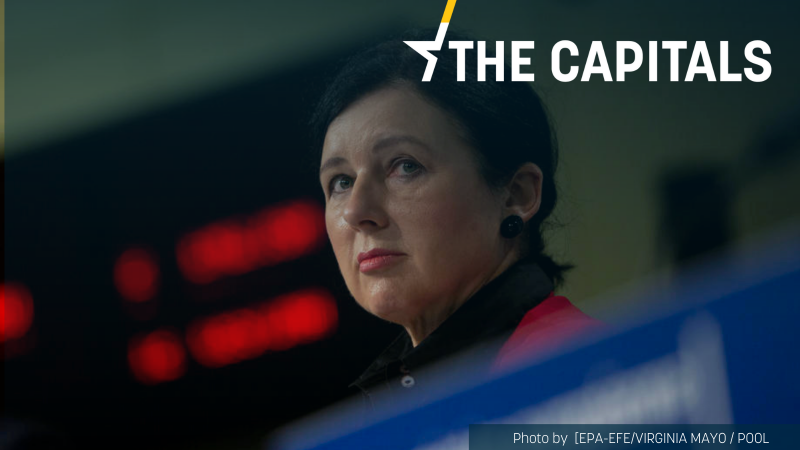 Vladimir Putin should be first on the list of sanctions imposed on Russia, European Commission Vice-President Věra Jourová said in an interview published in Czech media just before the Russian president announced a military operation in Ukraine.

According to her, the fact Putin is missing from the list is a sign of weakness rather than a door open to diplomacy.

“Vladimir Putin should be the first one on the list,” the Czech commissioner said to Hospodářské noviny on Wednesday (23 February).

Top leaders of sanctioned states are often the last to be added to sanctions lists to maintain a communication channel with the relevant country. “It is always a question of professional diplomacy or weakness. I would see it more as the latter,” Jourová noted.

The EU’s foreign ministers agreed on an initial set of sanctions against Russian politicians and officials on Tuesday (22 February).  Ministers also agreed to ban Russian state bonds trading and targeted imports and exports with separatist entities.

Putin is not on the list even though the EU sanctions target “those involved in the illegal decision” to recognise the so-called Republics of Donetsk and Lugansk.

Under an unwritten rule, Putin has never been targeted personally by Western sanctions in what appears to be an effort to leave the door open to diplomacy.

According to reports, Putin has family abroad, and the sanctions could inflict a severe personal blow.

The opposition politician Alexei Navalny, whom Putin has put in jail, had made it his mission to track evidence of Putin’s wealth, including a luxury villa in the south of France.

Jourová herself became a target of Russian sanctions in April 2021. Moscow banned Jourová from visiting Russia in response to the EU sanctions imposed following the near-fatal poison attack against Navalny.

Jourová said that she was put on the sanction list due to her work focusing on human rights protection and fighting Russian disinformation.

EU leaders are meeting for an extraordinary summit on Thursday night, and the issue of sanctions will feature high on their agenda.