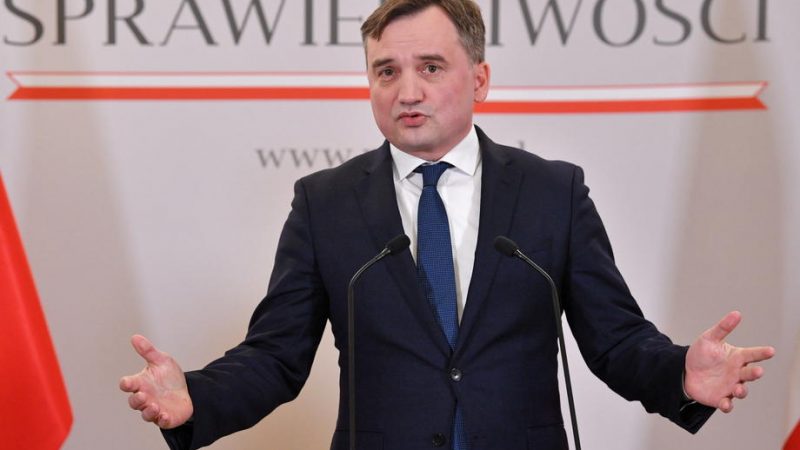 “Poland cannot convey its power over its judiciary to the European Union in exchange for the money that it should receive by way of the treaties and its EU membership,’ said Polish Justice Minister Zbigniew Ziobro. [EPA-EFE/Radek Pietruszka]

Poland’s sovereignity is under threat from the EU’s conditionality mechanism – linking the disbursement of EU funds with the rule of law, and the bloc’s climate policies Justice Minister Zbigniew Ziobro of the Solidarity Poland party said on Saturday, proposing to block it.

Solidarity Poland, a junior coalition partner of the ruling Law and Justice (PiS) party, will propose three initiatives. The first one rejects last week’s ruling by the EU Court of Justice, stating that the conditionality mechanism is legal under the EU law, which paves the way for the Commission to suspend EU funds for Poland due to the concerns over judicial independence.

“Poland cannot convey its power over its judiciary to the European Union in exchange for the money that it should receive by way of the treaties and its EU membership,’ he argued.

Ziobro also insisted on rejecting the Fit for 55 climate package, which, according to him, will mean “a great financial burden” for the Polish people who, he said, did not join the EU to “implement fanatical goals that will result in worsening their lives and undermining the Polish economy.” He did not clarify how he would build a coalition among the member states that would be enough to veto the package.

The last proposal concerns a draft amendment to the law on the Supreme Court. President Andrzej Duda has put forward his own draft, which includes dismantling the Court’s Disciplinary Chamber, which the EU Court earlier ruled must be dissolved over fears that it only serves to punish judges critical of the government.

Ziobro said he would reveal more details on the draft on Wednesday.

“Ziobro is hostile about Polish EU membership. He does not hesitate to do everything in his power to make the country withdraw from the bloc, as opposed to PiS’ Prime Minister Mateusz Morawiecki, who wants to stay in and manipulate the EU from inside,” Radosław Markowski from Warsaw’s SWPS University told EURACTIV.pl in an interview.