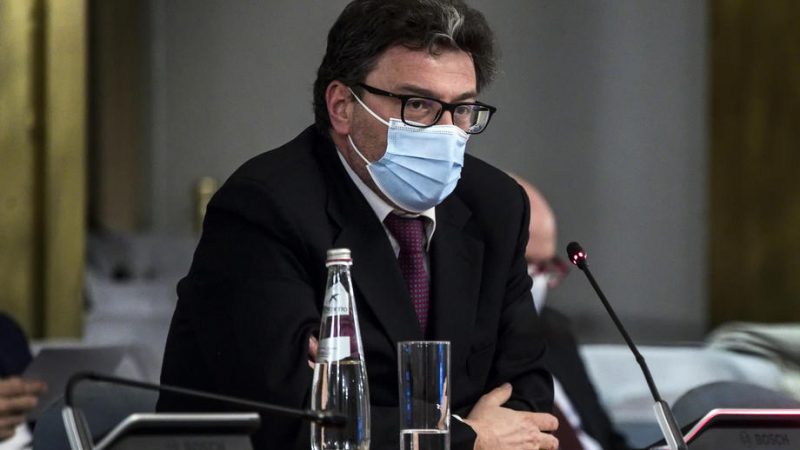 “If Salvini wants to work within the institutions, he must make a precise choice”, Giorgetti said. “I understand he is grateful to Le Pen for welcoming him into her group ten years ago. But forming an alliance with the AfD makes no sense,” he added.

The comment marks the latest blow in an ongoing spat between Giorgetti and Salvini over the League’s political future.

Salvini has long been known for sympathising with far-right figures such as Donald Trump and Brazil’s Jair Bolsonaro, who he recently welcomed on a tour to Italy. He has also been actively pushing for a new alliance in the European parliament with Le Pen, Orban, Jaroslav Kaczynski of Poland’s Justice and Law party, and Santiago Abascal, the leader of Spanish far-right party Vox.

He has repeatedly sided with protesters against strict COVID measures and appears ready to support Silvio Berlusconi as the country’s next president after Sergio Mattarella.

On the other hand, Giorgetti has a long career in institutional roles. He likes the idea of having technocrat Prime Minister Mario Draghi as president after Mattarella. He has supported all the government’s measures against the pandemic, and – perhaps more importantly – he firmly believes that the League should strive to join the European People’s Party.

The conflict between the two has been rising for months, but Giorgetti’s latest comments on the party’s European parliament allegiances might be the straw that broke the camel’s back. According to lawmakers close to Salvini, the former Interior minister reacted with “amazement, irritation and anger”. He plans to hold an assembly at the end of the year in Rome to discuss the party’s future.