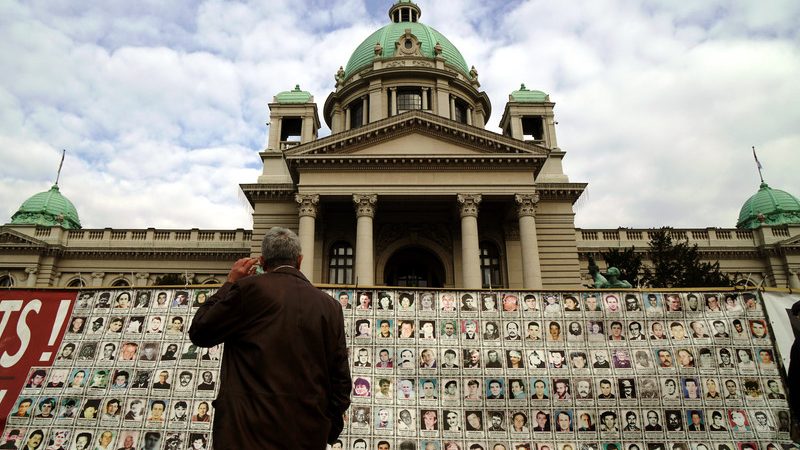 A man looks at photographs of missing persons from during the Kosovo war, set up in front of the Serbian Parliament building in the city center of Belgrade, Serbia 16 November 2018. [EPA-EFE/SRDJAN SUKI]

Kosovo and Serbia have agreed in Brussels on a draft agreement on finding missing persons, which will be functional once a final agreement is reached, participants in a meeting of the Kosovo government’s Commission on Missing Persons said on Monday (19 October).

However, the topic had been discussed since the first meeting in Brussels, the member of the Kosovo delegation in the dialogue dealing with missing persons, Ibrahim Makolli, BETA reported.

In his words, the EU will lead the joint commission and it will be responsible for resolving the fate of the missing. “The process is to wrap up within 18 months, after a final agreement between Kosovo and Serbia is reached,” added Makolli. (EURACTIV.rs | betabriefing.com)