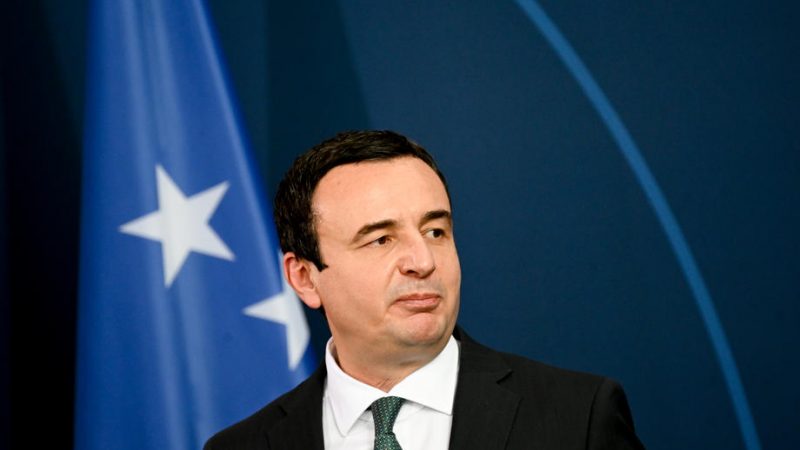 Kosovo Prime Minister Albin Kurti told the media that his government has been working hard to repair Kosovo’s image in the EU and expects these efforts to have made a difference. [ EPA-EFE/FILIP SINGER]

Kosovo has received signs there may be a reason to hope for visa liberalisation after all as European and Western Balkan leaders prepare for a busy week in Brussels.

Kosovo Prime Minister Albin Kurti told the media that his government has been working hard to repair Kosovo’s image in the EU and expects these efforts to have made a difference.

“The image of Kosovo has been significantly improved and this should be reflected in the attitudes and decisions taken by the EU regarding [Kosovo]…We have long met the criteria for visa liberalisation, 95 of them, which is more than double the number of other countries in the region,” he said.

Nevertheless, Kurti warned people to be cautious as he cannot promise a date when liberalisation will happen.

“I cannot give a date when visas can be liberalised, at this summit or at that conference, because it is not in our hands,” he added.

Kosovo has fulfilled all EU requirements for visa liberalisation since 2018, but its people remain the only ones in the region unable to move freely. In addition, it is ranked higher than many regional countries in corruption and human rights indexes.

Both the European Parliament and individual member states have repeated calls over the years that the EU lift visa barriers for Kosovo citizens. Still, attempts to make it happen have remained unsuccessful.

However, things may be changing. According to Radio Free Europe, diplomatic sources within the EU say that France shows signs that it may relent its staunch opposition to liberalisation following Sunday’s parliamentary elections (20 June).

“At the working groups level and the technical level in the European Council, we have not seen any movement yet towards the decision on visa liberalisation. But, we have seen, recently, an increase in readiness for this at the political level. There is commitment at a very high political level and that gives hope,” they told RFE.

Kosovo has also lobbied directly with France to address their concerns, and recent calls by German Chancellor Olaf Scholz and the European Parliament have brought more attention to the issue.

Visa liberalisation is also expected to be discussed at the EU-Western Balkans leaders’ meeting that will be taking place on Thursday (23 June), ahead of the European Council meeting.

Nevertheless, similar moments of optimism in the past have proven fruitless, and Kosovo leadership remain cautious, as demonstrated by Kurti’s measured answers.