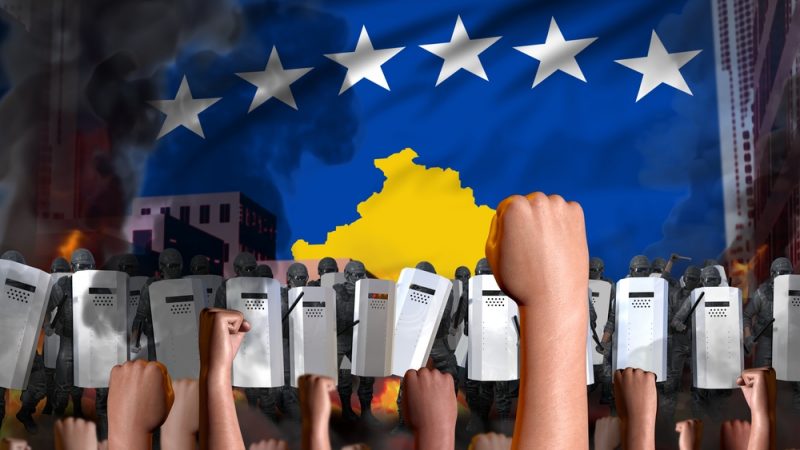 The report also found that members of the LGBTIQ community were not having assault and threats against them adequately investigated. [Shutterstock/Dancing_Man]

Women, members of the LGBTIQ community, and ethnic minorities continue to suffer human rights abuses in Kosovo, according to the 2021 report by Human Rights Watch released on Thursday.

The report analyses human rights, including access to justice, media freedom, the rule of law matters, and equality and freedom from discrimination in over 60 countries, including Kosovo, Turkey, Serbia, and Greece.

In terms of minorities such as Roma, Ashkali and Balkan Egyptians, “discrimination remains a problem”. It continued that the United Nations had also failed to pay compensation and apologise to 16 victims of lead poisoning in now-closed camps for displaced people, following a 2016 recommendation.

As for women, domestic violence was an issue, particularly for those seeking justice for the crimes committed against them. “Inadequate state response, few prosecutions, and continued failure by judges to issue restraining orders against abusive partners,” were among the issues raised.

The report also found that members of the LGBTIQ community were not having assault and threats against them adequately investigated. In particular, authorities did not take hate speech on social media seriously. An incident in Pristina where three people spat in the face of an LGBTIQ activist and threatened to kill them was under investigation at the time of the report’s publication.

The report concluded that as per the European Commission’s October progress report, more needs to be done to guarantee the right of minorities and to ensure gender equality in practice. Furthermore, it noted concerns that were also highlighted by HRW over media freedom, including threats, physical assaults, and smear campaigns.