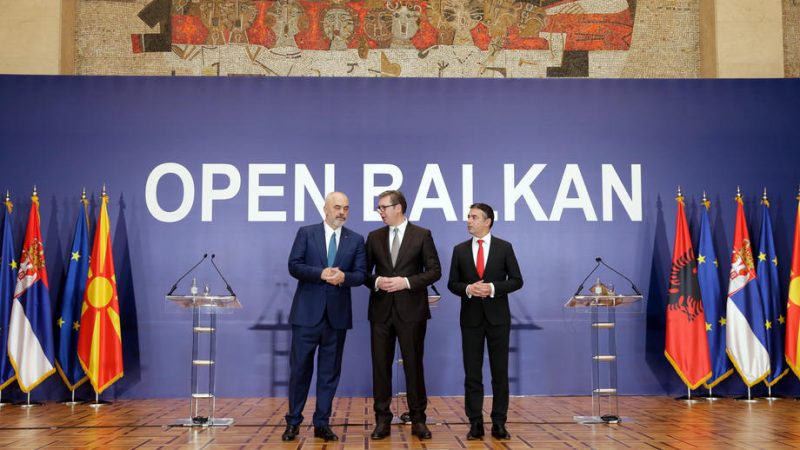 BiH, Montenegro and Kosovo do not want to participate due to fears it could hinder their EU path. [EPA-EFE/ANDREJ CUKIC]

Kosovo was not informed or invited to join talks on the ‘Open Balkan’ initiative, Foreign Minister Donika Gervalla said at the parliamentary committee on foreign affairs. Initially branded “Mini-Schengen”, the initiative aims to facilitate the movement of peoples and goods between Serbia, North Macedonia and Albania.

“Kosovo needs no alternative to replace European Union membership, and we need such alternatives which are more words rather than serious offers,” she said in parliament, Gazeta Express reports. Serbia is ready to use this initiative as a tool against Kosovo to obstruct its regional integration, she added.

BiH, Montenegro and Kosovo do not want to participate due to fears it could hinder their EU path.

US special envoy for the Balkans Gabriel Escobar, for his part, said at the end of November that the Open Balkan initiative could not succeed if it did not include “all six countries” of the Western Balkans.