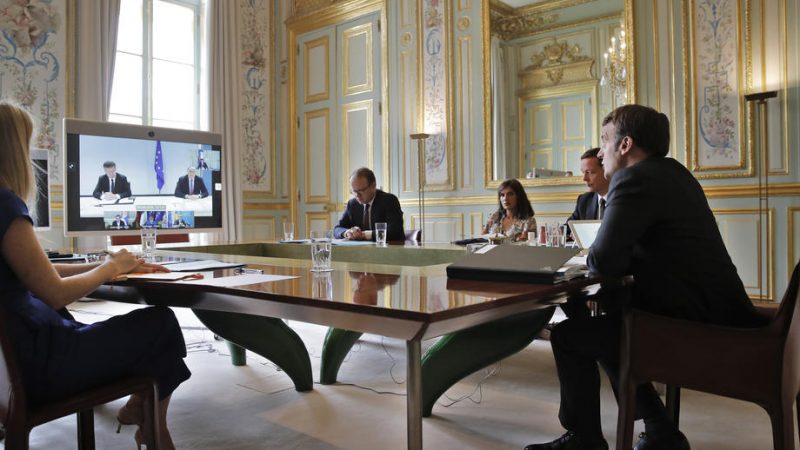 Kosovo Prime Minister Avdullah Hoti and French President Emmanuel Macron discussed several issues in a video call, including the recent resignation of former Kosovo President Hashim Thaçi, the Pristina-Belgrade dialogue, as well as the issue of visa liberalisation, according to the PM’s Facebook post.

“Regarding visa liberalisation, we agreed that in the coming days, as part of the verification mechanisms, meetings at the level of experts would be held, which would be followed by a meeting at the political level between interior ministers of both countries,” Hoti said in his post.

“Prime Minister Hoti and President Macron discussed the Kosovo-Serbia dialogue, and prospects of reaching a final agreement on mutual recognition under current borders. Both agreed to organise a high-level meeting to discuss the results of the dialogue similar to the format of the Paris Summit,” the prime minister’s office said. (Željko Trkanjec | EURACTIV.hr)