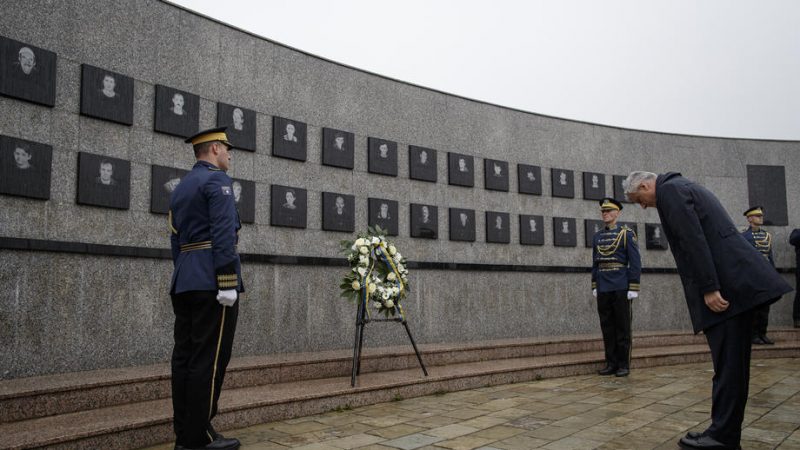 Serbian politicians have come under fire from Kosovo’s President Vjosa Osmani after denying the Recak massacre in 1999 where Serbian troops killed 45 Kosovo Albanians.

Serbia’s Minister of Internal Affairs Aleksander Vulin called the massacre “a huge lie, a terrible forgery, a great insult to all humanity.” He further claimed it was fabricated by at-the-time OSCE verification head William Walker who visited Recak after the massacre and documented the carnage left behind.

Osmani published a statement where she called the denial of crimes committed by Serbia a “repeated crime”.

“But the truth about Recak is more powerful than any propaganda by Vulin and his associates. They can produce films, but in Recak and throughout Kosovo, something real occurred that revealed the intention of the Serbian state to exterminate the Albanian people in Kosovo,” Osmani said.

The US and EU also condemned Vulin’s remarks, saying that Serbian forces’ massacre in Recak is well documented.

In addition to Recek, Serbia also denies the Srebrenica genocide, where Serb troops killed more than 8,000 men and boys in 12 days.

Only nine days after the horrific genocide, on 20 July 1995, a defiant Aleksander Vucic told the world: “Come and bomb us, kill one Serb and we will kill 100 Muslims. And then we will see whether the international community dares to attack Serb positions and treat the Serb people this way.”