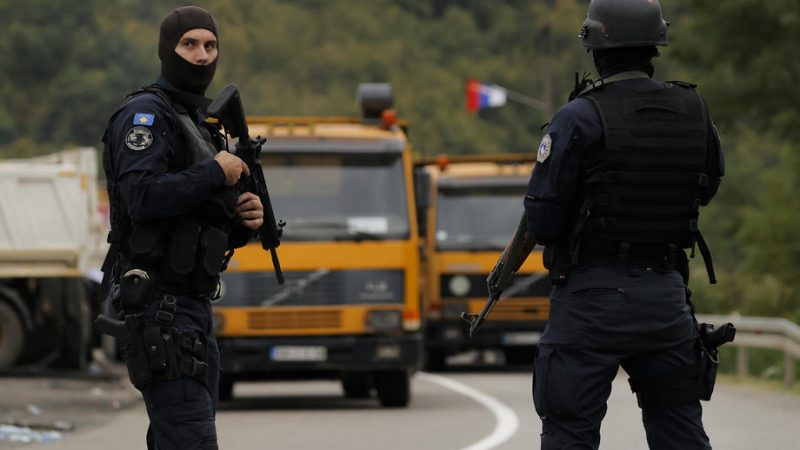 A Kosovo-Serbia working group held its first EU facilitated meeting in Brussels on Thursday in the hopes of finding a permanent solution to the license place dispute.

The establishment of the group was agreed last month in Brussels. It followed several weeks of escalated tensions at the Kosovo-Serbia border. Kosovo’s Prime Minister Albin Kurti had implemented a reciprocal measure, meaning all Serbian vehicles in Kosovo had to display temporary local plates and pay a small tax. Kosovo motorists have been doing this for several years.

Serbia responded by rallying Kosovo Serbs to block the roads to the border. Belgrade sent heavy military vehicles and flew fighter jets overhead. They also threatened NATO and Kosovo that they would intervene if protesting Serbs were harmed.

As tensions simmered, parties convened in Brussels in late September to discuss a solution. Both sides agreed to place stickers over license plates to cover flags and country names. This will remain in place for up to six months, during which a permanent solution should be found.

Since the September agreement, the two countries have implemented reciprocal measures on cars at the border without any issue.

The meeting did not yield any tangible results as Kosovo remains a sensitive issue in Serbian politics, particularly with general elections looming. Serbia does not recognise Kosovo as an independent country.