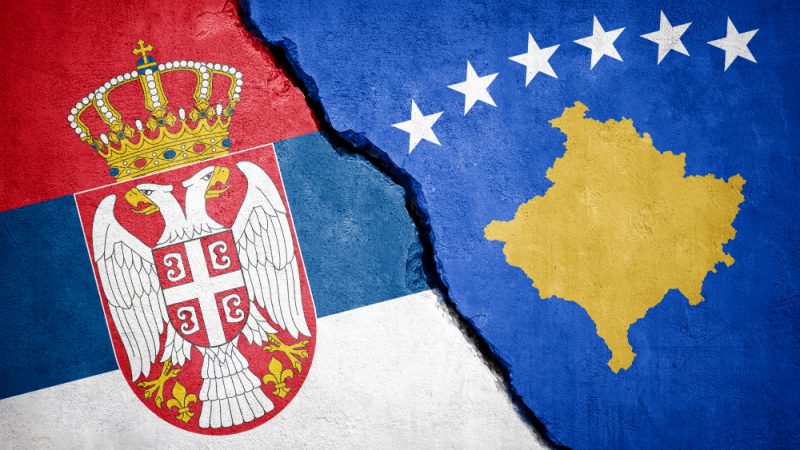 Serbia, however, violated this agreement from the start, requiring Kosovo-registered vehicles to use temporary Serbian plates when crossing the border. [Shutterstock/ffikretow]

The chief negotiators for Kosovo and Serbia will meet in Brussels on 13 May to reach a permanent agreement on a license plate dispute after six months of previous EU-led negotiations failed to find a resolution.

The license place issue stems from a bilateral agreement signed in 2011, whereby cars from each country were supposed to be able to continue using their own license plates while on the other’s territory.

Serbia, however, violated this agreement from the start, requiring Kosovo-registered vehicles to use temporary Serbian plates when crossing the border.

Upon the agreement’s expiration, Kosovo reciprocated Serbia’s action, requiring Serbian cars to use temporary Kosovo plates while on its territory.

This sparked fury in Belgrade in September, and Serbian politicians rallied a number of Kosovo Serbs to block roads. The government also sent in troops and flew military jets right to the border, demanding that Kosovo withdraw its own police from roads blocked by Kosovo Serbs and border checkpoints.

The EU intervened and set up negotiations with a deadline of six months, which expired last week with no results.

The dialogue’s facilitator, EU Envoy Miroslav Lajčák, announced the new talks on Friday via Twitter. “I am glad to announce that after my consultations with the two Chief negotiators yesterday and today, we agreed to continue our discussions on finding a permanent solution for the licence plates issue in Brussels on 13 May,” he wrote on Friday (29 April).

Ultimately, the two parties signed a temporary agreement in Brussels whereby cars travelling between the countries would be required to get stickers at the border to cover flags and country names – a measure treating both countries equally.

Lajčák is expected to work with both sides to arrange a meeting between Serbian President Aleksandar Vučić and Kosovo Prime Minister Albin Kurti in the near future, which should include broader issues other than license plates.

Kosovo and Serbia have been engaged in dialogue facilitated by the European Union since 2011 aimed at “normalising relations” between the two countries. While very few of the 30 signed agreements have been implemented, in the 10 years of dialogue, the crucial issue of Serbia recognising Kosovo has never been tabled. (Exit.al)