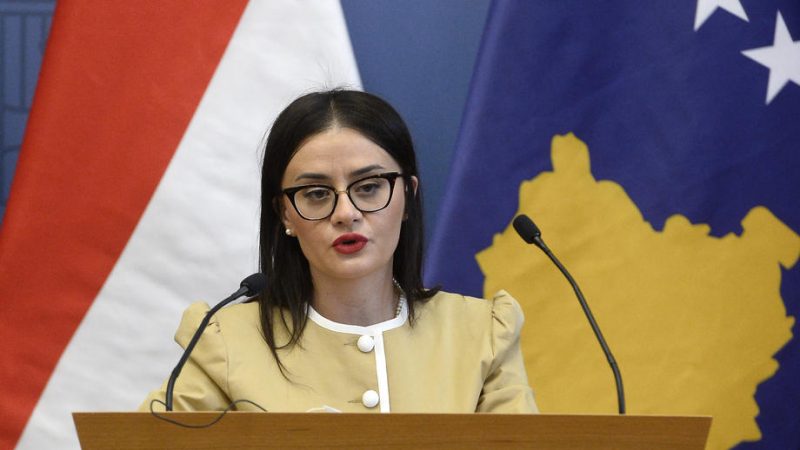 The only acceptable solution is mutual recognition, with respect for territorial integrity, a unitary state and the state's constitutionality," said Haradinaj-Stublla. [EPA-EFE/LAJOS SOOS]

Zagreb could strengthen its role in the Pristina-Belgrade dialogue through several elements, the first being “setting the final goal of the Kosovo-Serbia negotiations, Kosovo Foreign Minister Meliza Haradinaj-Stublla said during her working visit in Croatia.

The only acceptable solution is mutual recognition, with respect for territorial integrity, a unitary state and the state’s constitutionality,” said Haradinaj-Stublla.

Her Croatian counterpart, Foreign Minister Gordan Grlić Radman said that “Croatia fully supports the Kosovo-Serbia dialogue taking place with the EU’s mediation, and considers this process and its outcome as a contribution to the stability of the wider Southeast Europe region”.

For his part, Croatian Prime Minister Andrej Plenković – who met with Kosovo Deputy Prime Minister Besnik Tahiri – said that there is room for further development of economic relations with Kosovo on various issues and that Croatia will actively help Kosovo on its European journey.