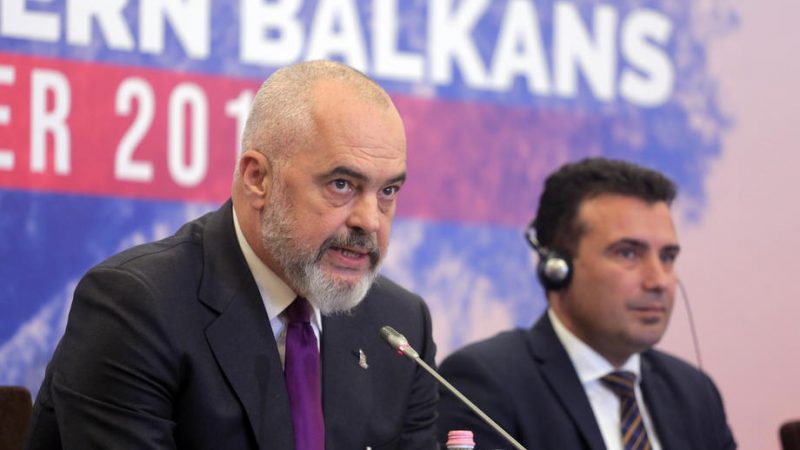 “I hope the remaining two states belonging to the Western Balkans Six – Bosnia and Herzegovina and Montenegro – will definitely join us, so we can all move towards a better future together,” said Rama. [EPA-EFE/MALTON DIBRA]

Speaking at an online ‘Mini-Schengen’ conference, attended by the Serbian President Aleksandar Vučić, Serbian President Ana Brnabić, as well as PM Zaev, Prime Minister Rama said he was pleased that the next conference within the Berlin process in Sofia would open “a new phase of close cooperation, as Kosovo has decided to sit at the table as well.”

“I hope the remaining two states belonging to the Western Balkans Six – Bosnia-Herzegovina and Montenegro – will definitely join us, so we can all move towards a better future together,” said Rama.