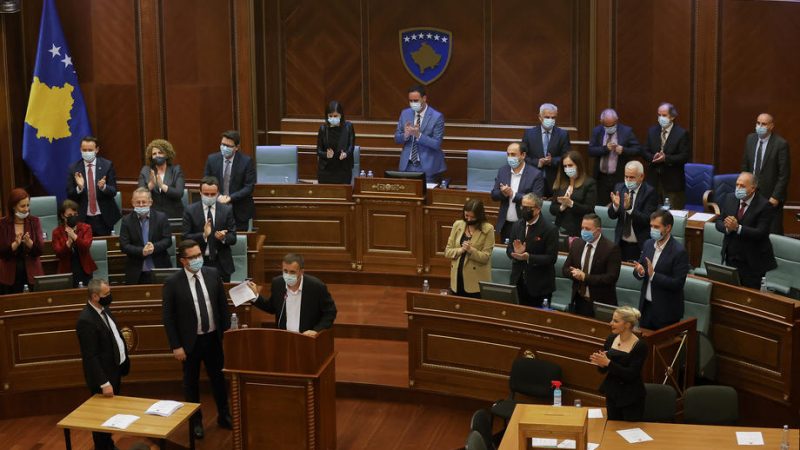 Kosovo’s political parties have been trading blame over the lack of an invitation to the US-led Summit of Democracy scheduled for December. [EPA-EFE / VALDRIN XHEMAJ]

Kosovo’s political parties have been trading blame over the lack of an invitation to the US-led Summit of Democracy scheduled for December.

Last week, a list of more than 100 countries invited to the summit was published. The summit, scheduled for 9-10 December and taking place online, will bring together government leaders, civil society and private sector stakeholders to discuss the issues impacting democracy worldwide.

Kosovo, Serbia, and Bosnia and Herzegovina have not been invited. The Kosovo opposition immediately blamed the ruling party for the snub and increasingly cold relations with the US.

The US Embassy in Kosovo, when asked, said that not all partners could be accommodated in the event but failed to elaborate further on Kosovo’s exclusion.

Other countries not making the cut include Hungary, Belarus, and Turkey.