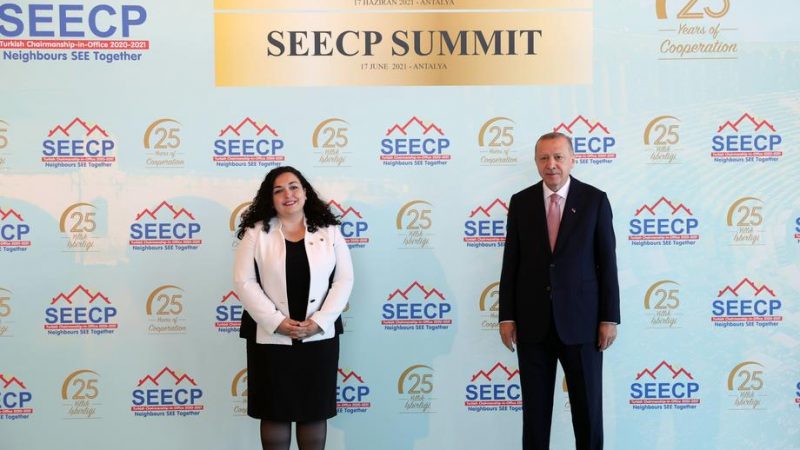 Kosovo’s president, Vjosa Osmani, has emphasised the importance of Turkey’s continued support for her country to gain recognition and membership in international organisations.

“We will be in touch with Turkish institutions to make sure that every single effort that we make internationally is one that gains the strong support of Turkey, not just their vote but also to have their voice to lobby in favor of Kosovo’s recognition and membership,” said Osmani, according to Daily Sabah.

“Because that is extremely important not just for our prosperity and development, but for longstanding peace and stability in the region as such,” she added.

The president noted that 80% of Kosovo’s production in the IT sector is exported to the US, “which shows what great quality it is.”