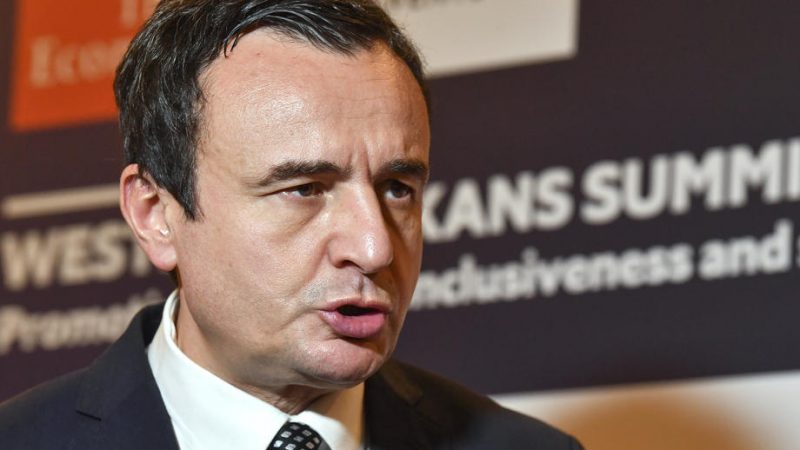 In an interview for the Italian newspaper La Repubblica, Kurti condemned Russia’s invasion of Ukraine and its destabilising approach in other neighbouring countries like Moldova and Georgia. [EPA-EFE / GEORGI LICOVSKI]

Prime Minister of Kosovo, Albin Kurti has said he will not allow the “Bosnianization” of Kosovo, in an interview with the BBC on Wednesday. Kurti said he is against the establishment of a Serbian state within Kosovo, similar to Republica Srpska in Bosnia and Herzegovina. He told the BBC, “If they want to repeat Bosnia in Kosovo, I will not allow this…the people voted for me to prevent the Bosnianization of Kosovo.”

He said his government will help ethnic Serbs in Kosovo as much as ethnic Albanians, while denouncing Belgrade’s alleged plan as “a state within a state”.

The prime minister added that dialogue with Serbia is not high on his agenda, but that it would not be neglected. His focus is the economy, rule of law, and the COVID-19 pandemic, followed by dialogue.

“I do not want to neglect the normalisation of relations with Serbia, but economic development on the one hand, and the rule of law on the other, as well as the pandemic, means that dialogue with Serbia is fourth on our agenda for building a democratic country,” Kurti said.