Kurti calls for EU funds to be linked to progress 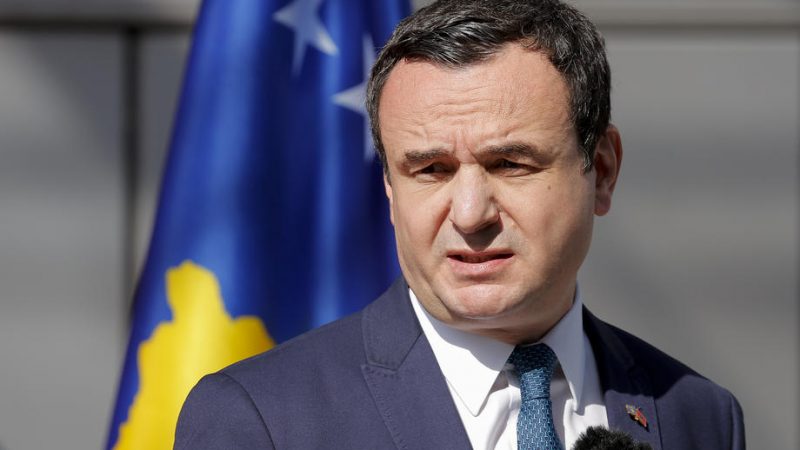 During an interview with Bloomberg after the EU-Western Balkans summit last week, Kurti said there should not be EU funds without EU values. [EPA-EFE / VALDRIN XHEMAJ]

Kosovo’s Prime Minister Albin Kurti on Saturday called for the EU to condition disbursement of EU funds on upholding the rule of law and fighting corruption. During an interview with Bloomberg after the EU-Western Balkans summit last week, Kurti said there should not be EU funds without EU values.

“There shouldn’t be EU funds without EU values … The EU should not abandon its transformative nature for a transactional one,” the prime minister said.

His comments come following the European Commission’s October 2020 Economic and Investment Plan, which will see €9 billion in grants and up to €20 billion in loans funnelled into the Western Balkans.

The Plan aims “to spur the long-term recovery – backed by a green and digital transition – leading to sustained economic growth, implementation of reforms required to move forward on the EU path.”

To benefit from these funds, Western Balkan countries must develop strong cooperation ties and prioritise projects that would benefit the region as a whole.

Kurti is the first Western Balkan leader to take such a strong position on the receipt of EU funds and progress in areas the region is struggling to combat.