Kurti to US ambassador: No Association based on ethnicity in Kosovo 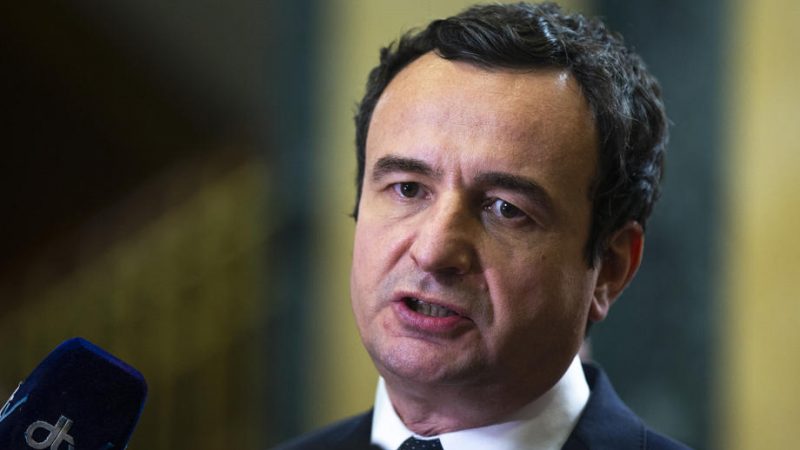 Kosovo Prime Minister Albin Kurti has said he does not back an association based on ethnicity in the country, saying “there can be an association of municipalities on a development basis, but not on a geographic basis.”

“I do not think that Kosovo can have an association based on ethnicity under current judicial and constitutional order,” said Kurti in response to comments made by the US Ambassador to Kosovo, Philip Kosnett.

“The United States of America believes that Kosovo is obliged to establish the Association of Serb-majority Municipalities. We believe that countries have an obligation to respect agreements and commitments made earlier,” Kosnett said in a statement on Wednesday.

In response to the Ambassador’s statement, Kurti also told Kosovo media that an “association based on ethnicity is unconstitutional. And practically such a conclusion was made with the ruling of the Constitutional Court, published on 23 December 2015.”

Kosovo’s PM also said he is in favour of respecting the rights of all minorities and against marginalisation and discrimination. Such requests are coming from politicians and northern neighbours, referring to Serbia, he added.

Kosovo and Serbia signed an agreement in 2013 on the establishment of the Association/Community of Serb Municipalities during the EU-facilitated dialogue in Brussels. The agreement was fiercely opposed by Kurti’s party Vetëvendosje (Self Determination) when it was leading the opposition, for creating the conditions for the “Bosnization” of Kosovo, i.e., the creation of a state within a state.

A 2015 ruling of Kosovo’s Constitutional held that most of the deal’s provisions are unconstitutional. (Željko Trkanjec | EURACTIV.hr)