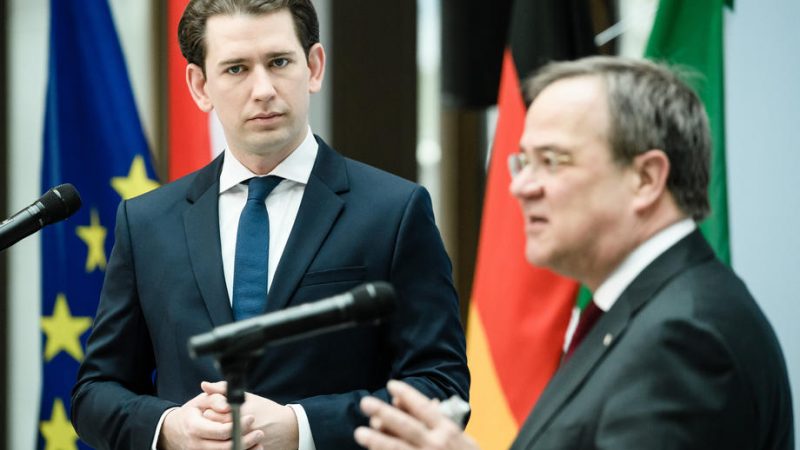 Kurz also warned of the potential alternatives to a CDU government, which he said would prove devastating for Germany and Europe as a whole. [EPA-EFE/CLEMENS BILAN]

Austrian Chancellor Sebastian Kurz said at the European People’s Party (EPP) congress in Berlin Thursday that he fully supports the candidacy of Armin Laschet as Germany’s future chancellor and as a “force for the political centre”.

Kurz also warned of the potential alternatives to a CDU government, which he said would prove devastating for Germany and Europe as a whole.

Austria’s chancellor also said a coalition on the left would be a “massive problem” not just for Germany, but also for the entire European economy and that he is “deeply worried” that such a coalition might be an option after the election.

The conservative CDU/CSU has seen a steady decline in recent months. While the party polled at 36% in February, it is now down to 21%.

“You shouldn’t look too much at the polls,” Kurz told newspaper Die Welt in an interview, explaining that voters, not polling institutes, will decide on the outcome of the election.