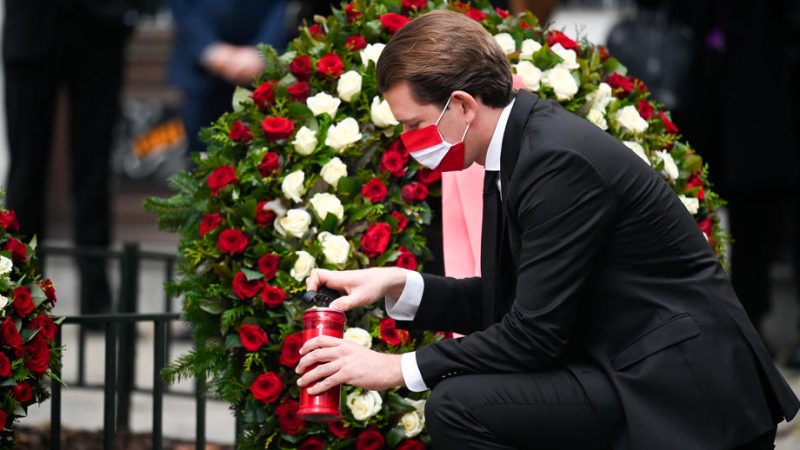 While Kurz did not go into detail this time, his conservative party ÖVP has long been mulling the idea of preemptively arresting individuals suspected of planning a terrorist attack. [EPA-EFE/CHRISTIAN BRUNA]

Austrian Chancellor Sebastian Kurz (ÖVP) urged parliament to give him and his government wider competences in preventing terrorist attacks and to reform the Office of the Protection of the Constitution in response to last week’s terrorist attacks in Vienna.

While Kurz did not go into detail this time, his conservative party ÖVP has long been mulling the idea of pre-emptively arresting individuals suspected of planning terrorist attacks.

Though such a proposal has so far been strongly opposed by the co-governing Greens, Health  Minister Rudolf Anschober (Greens) said that legal steps for tougher sanctions against potential terrorists should be looked at. (Philipp Grüll | EURACTIV.de)