Kurz’ scandal is putting Green-Conservative coalition to the test 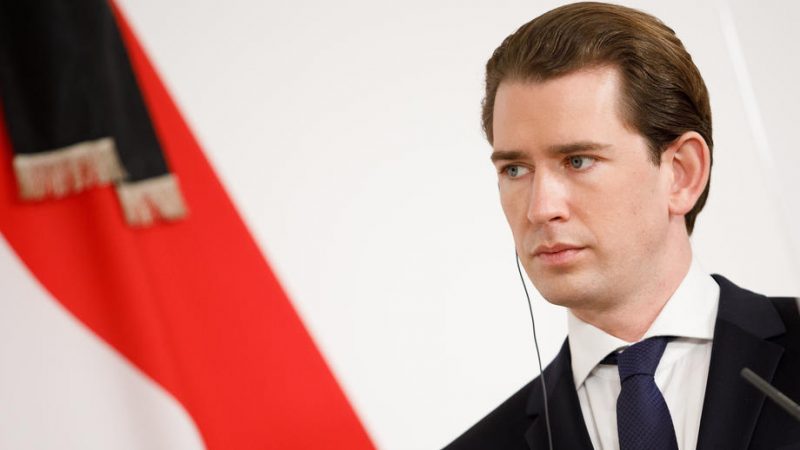 Chancellor Kurz denied the accusations and emphasised his presumption of innocence. The ÖVP has already made clear that Kurz will remain at the top of the party. [EPA-EFE/FLORIAN WIESE]

After Austrian Chancellor Kurz was caught in a controversy over his alleged involvement in a corruption scandal, the future of the Green-Conservative is up in the air, as leading Green politicians’ question whether Kurz is fit for office.

“We can’t return to business as usual. The Chancellor’s ability to act is up for debate,” Green Vice-Chancellor Werner Kogler said in a statement. Kogler and Green faction leader Sigrid Maurer have invited high-ranking politicians of the opposition parties to initiate talks on dealing with the situation.

“We have a common responsibility for our country,” Kogler said. “I want to discuss with all the parties how we proceed from here,” he continued.

Green party officials on the regional level are even more outspoken: “A return to business as usual is not possible,” speaker of the Greens of the state of Carinthia, Olga Voglauer, told APA, adding that “I can’t imagine a continuation of the coalition under Chancellor Kurz.”

Transparency and “clean politics” are some of the self-declared core values of the Green party.

Divides between the Greens and the conservative ÖVP have already deepened after Kurz and Finance Minister Gernot Blümel were hit by several political and corruption scandals in May. However, the severity of current allegations puts the Greens under even more pressure to revalue their coalition with the ÖVP.

Chancellor Kurz denied the accusations and emphasised his presumption of innocence. The ÖVP has already made clear that Kurz will remain at the top of the party and continue to head any government involving the Conservatives, no matter what.