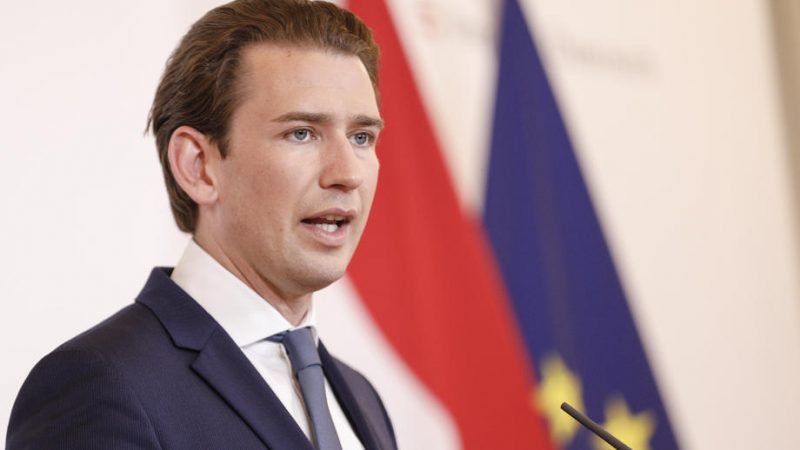 “We have to continue to give the Western Balkan states a credible prospect of accession,” Kurz said. [EPA-EFE/FLORIAN WIESER]

Chancellor Sebastian Kurz called on the EU to give Balkan states a real prospect for accession ahead of the EU-Western Balkans summit in Brdo on Tuesday. He also said he would support Slovenia’s proposal to admit them to the EU by 2030.

“We have to continue to give the Western Balkan states a credible prospect of accession,” Kurz said, adding that this would include supporting them “economically and in their efforts to reform.”

Kurz also stated that the accession would be crucial for the security and stability in Europe, as a vacuum in the region would open the doors for other countries, like China or Turkey, to fill the void and expand their influence on the continent.

Austria has long been supportive of speedy accession of the Western Balkan countries. During a state visit to Serbia in early September, the chancellor stressed that the EU would only be complete once all Western Balkan states have joined the bloc.

While the EU promised the Western Balkan states the prospect of accession over 18 years ago, the negotiations are deadlocked. Multiple EU countries, including France and the Netherlands, oppose their swift accession over fears of a repeat of the rushed accessions of Bulgaria and Romania in 2007.

Bulgaria is also currently blocking the start of negotiations with North Macedonia over a language and culture dispute.