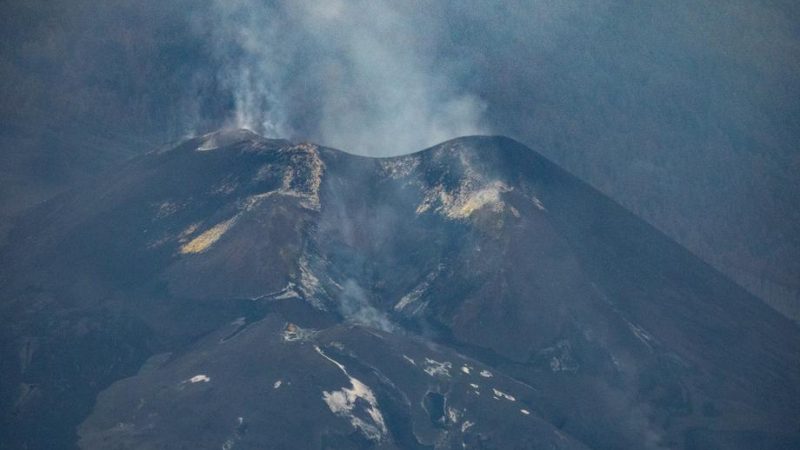 The Spanish Civil Guard’s Reserve and Security Group (GRS) continues to measure harmful gases that are being emitted, three weeks after the eruption of the Cumbre Vieja volcano on the island of La Palma was officially declared over, EURACTIV’s partner EFE reported.

Equipped with protective gear including gas masks, breathing apparatus and special devices to measure toxic and explosive gas levels, GRS agents have continued to monitor the La Bombilla fishing district in the municipality of Los Llanos de Aridane, the area most affected by the eruption.

Gases such as sulphur dioxide and methane have been detected in the area. Other harmful gases like carbon monoxide, which is colourless and odourless, were also found.

Diario de la Palma reported that all these elements pose a clear danger to the local population near the volcano.

“Geologists are studying it and according to what they tell us, it can be influenced by the tides, which push gases from the subsoil to the surface, or by the existence of volcanic tubes that interconnect and expel gases through this area,” a Civil Guard spokesperson told EFE.

Measurements are taken twice every day, in the morning and the afternoon, on the streets of La Bombilla and the windows of the houses, especially those closest to the volcano’s slope.

Civil Guard troops do not know for how long they will continue to measure the levels of harmful gases on the island and say they will stay as long as necessary.

On 27 December, Prime Minister Pedro Sanchez promised that the central government would keep helping the local population: “We must continue working on the reconstruction of the island,” he said.

Over €138 million of aid has so far been mobilised for reconstruction after tons of lava devoured swathes of land and forced over 2,000 people to abandon their homes.

The Cumbre Vieja eruption began on 19 September after some 25,000 tremors. After erupting for 85 days and eight hours, it became the longest recorded volcanic eruption on La Palma.

Over 1,200 hectares of land and 370 hectares of crops were destroyed, along with over 3,000 buildings. At the same time, over seventy kilometres of road and infrastructure such as irrigation systems have also been damaged by the eruption.