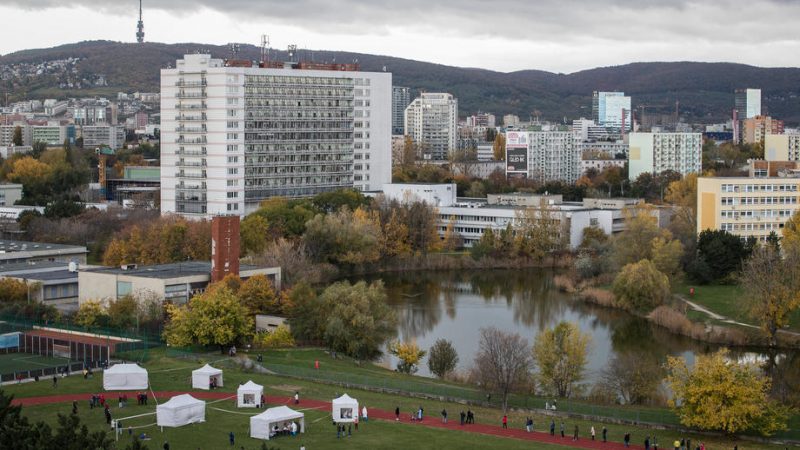 People wait in line at a coronavirus testing site during a nationwide testing in Bratislava, Slovakia, 31 October 2020. [EPA-EFE/JAKUB GAVLAK]

Approximately three million people over the age of 10 among Slovakia’s 5.5 million-strong population have been tested for COVID-19 with the antigen test over the weekend, of whom 1% tested positive.

Although the operation managed by the country’s defence ministry and armed forces had a few setbacks and logistical problems, the process went relatively smoothly as the municipalities and a large number of volunteers assisted health care workers who were willing to do swabs from 7am to 10pm for two days straight.

Testing sites were pressured for most of Saturday, but were relatively empty by Sunday.

A second round of “re-testing” is expected to take place next weekend. Meanwhile, a certificate confirming a negative COVID-19 test is needed to go to work or leave self-isolation.

However, given the limitation of antigen tests, experts are not united in their assessment as to the operation’s added-value in the fight against the second wave of coronavirus.