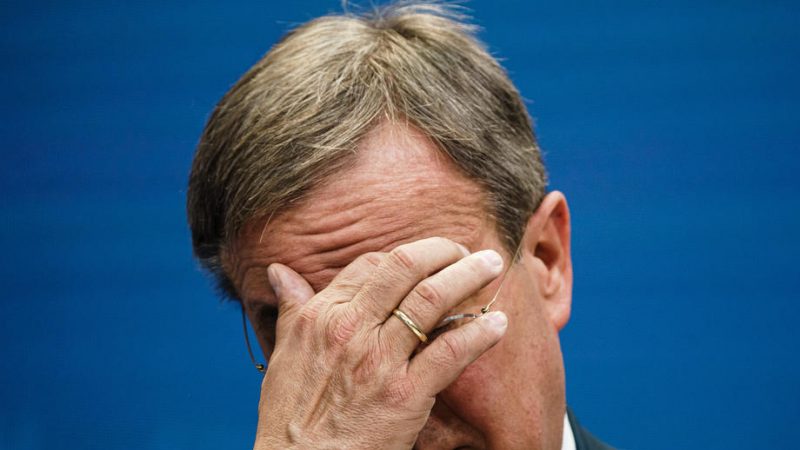 As the German conservatives continue to poll at historic lows, chancellor hopeful Armin Laschet is betting on support from outgoing chancellor Angela Merkel backing him publicly in her legacy constituency in the North-East of Germany.

However, at the federal level, Laschet’s conservatives continue to trail behind Social Democrat chancellor hopeful Olaf Scholz’s SPD with 22% compared to 25% respectively. Ahead of the 26 September elections, the race is still too close to call.

Laschet must now rely on the explicit support of the chancellor in order to recover some lost ground ahead of Sunday’s elections.

In the state of Mecklenburg-Vorpommern’s regional elections on 26 September, Merkel’s conservative party CDU is polling way below its rival SPD party. The SPD is expected to receive around 40% of the vote, the CDU hovers around 15%.

The event had been severely heckled by pandemic sceptics and members of the populist “Die Basis”-party, Deutsche Welle’s Michaela Kuefner told EURACTIV.

Protests against pandemic restrictions like mask-wearing obligations had come to a head in Germany following the murder on Saturday of a gas station cashier who refused to sell to an unmasked customer.