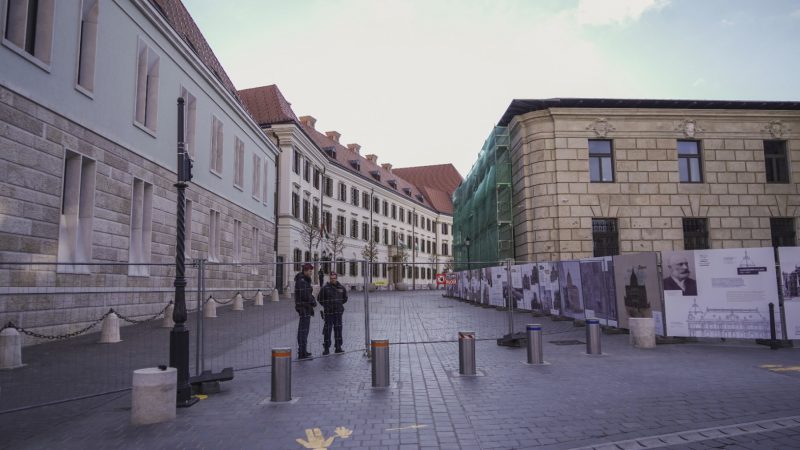 The situation is the same in the House of Representatives, while press conferences and publicised political events are rare, as are substantive answers to written questions. [Szilli Tamás/Telex]

The street in front of the prime minister’s office and site of most cabinet meetings, the last place with meaningful press access to leading government figures in Budapest, has been cordoned off, Telex reported via 444.hu.

On 25 November, the entire length of the street through which you can approach the prime minister’s office building complex at the Carmelite Monastery was closed off.

Police officers told 444.hu that the restrictions were imposed because of construction work, and that they expect this to continue for years.

On the other side of the street, opposite the Monastery complex, reconstruction works are currently scheduled to last until 2023.

The authorities responsible for the historic quarter where the building is located said the “the contractor has requested a change to the organisation area”.

However, on 30 November, days after the closure, government cars circulate freely, while employees can enter the premises without protective gear. The only sign of the construction is that the building under reconstruction on the other side of the street is still scaffolded, with the logo of Fejér B.Á.L., a family company of Orbán’s friend and ally, billionaire Lőrinc Mészáros,

This is the latest in the continuously shrinking space for press access. In parliament, the press area has been restricted to a few square metres of space. The vast majority of MPs avoid the area.

The situation is the same in the House of Representatives, while press conferences and publicised political events are rare, as are substantive answers to written questions.

In this narrow and controlled communication space of power politics, the street in front of the Prime Minister’s office was a visible exception.