Lavrov says Serbia and Russia have a confidential dialogue 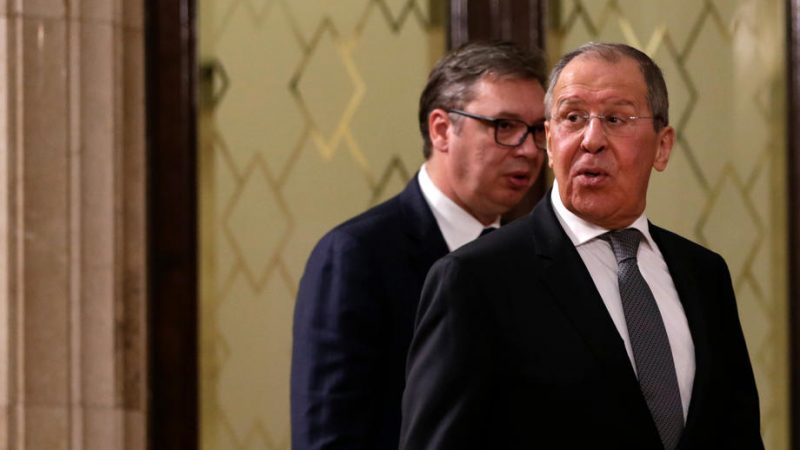 Lavrov said that Belgrade and Moscow have established a strategic partnership that includes a confidential dialogue. [EPA-EFE / ANDREJ CUKIC]

The main concepts of the United Nations must not be forgotten so that international order is not disrupted, Russian Foreign Minister Sergey Lavrov said in Belgrade on Monday (12 October).

“We must avoid double standards, we must fight for the development of former colonial territories, we must preserve the ideals of mutual respect and cooperation,” Lavrov told the plenary session of a high-level meeting marking the 60th anniversary of the first conference of the Non-Aligned Movement (NAM).

The two-day summit commemorating the 60th anniversary of the First Conference of Non-Aligned Countries began in Belgrade on Monday.

The conference is being attended by nine delegations from international organisations and the representatives of 105 foreign states. The latter include delegates from Russia, which received observer status in the NAM in July this year.

Lavrov told a news conference held with Serbian President Aleksandar Vučić that Russia advocates a solution for Kosovo based on UN Security Council resolution 1244, which would be reached in a direct dialogue between Belgrade and Pristina with the approval of the UN Security Council.

“We will accept any solution which suits the Serbian people. The EU has special responsibility for the dialogue because it was empowered by the UN Security Council,” he said.

Replying to a question about Russia’s alleged interference in the Western Balkans, Lavrov said that Moscow’s relations with Serbia and other countries in the region are based on mutual benefits and a balance of interest.

“We have known for some time that the EU says it has the right to this region and that no one else has anything to do here… but it is implementing a policy which is far from constructive,” he said. “Accusations that Russia is allegedly violating international law in the Western Balkans are groundless,” Lavrov said.