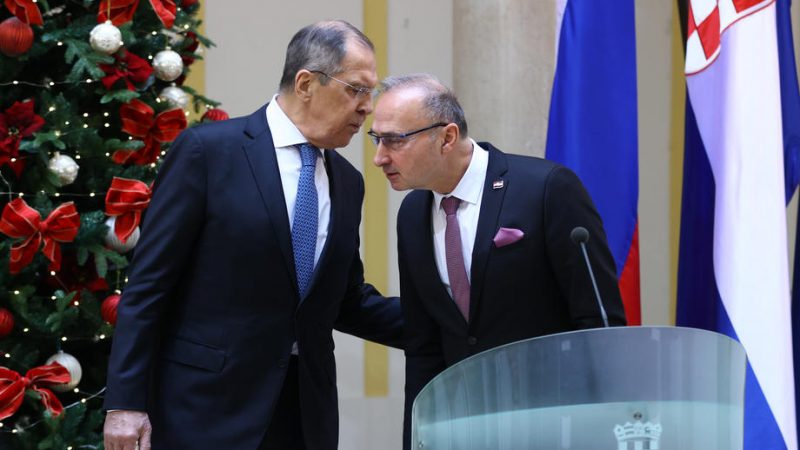 Russian Foreign Minister Sergey Lavrov said after talks with Croatian counterpart Gordan Grlić Radman that “the EU is not quite ready for good relations with Russia, but Russia has good relations with Croatia”. Radman called the meeting an “incentive to continue the positive trend” in relations. Moscow’s attempts are the latest of a series aimed at changing perceptions in the Western Balkans region.

The Russian foreign minister reiterated that Moscow was strongly committed to honouring the Dayton Peace Agreement.

“Zagreb and Moscow have a common uniform stance” regarding the respect for equality of the three constituent peoples, he said.

The decision of Republika Srpska on neutrality should be respected, which means that BiH can not become a member of NATO, Russia’s foreign minister added.

Lavrov also suggested that the US – not Russia – is destabilising the Eastern Mediterranean region by obstructing countries’ cooperation with Russia, also accusing the US of undermining Orthodoxy, including in Ukraine.

On top of that, the foreign minister said Moscow is waiting for the new US administration to develop an approach to the START Treaty which expires on 6 February next year. Then Russia will define its own approach, he added.

Last but not least, Lavrov said the West’s approach in accusing Russia of poisoning Alexei Navalny was flawed, noting that “Western partners” have an “unwillingness to comply with international legal norms when it comes to establishing the facts.”

“The logic goes like this: for example, we announced new facts about Navalny’s poisoning which were discovered by the German special services, but Moscow has kept silent for two days. If it is silent, then it must be guilty. I think the wretchedness of this approach is obvious to any sane person,” Lavrov concluded.