Lawmaker calls for referendum to enshrine principle of Irish neutrality 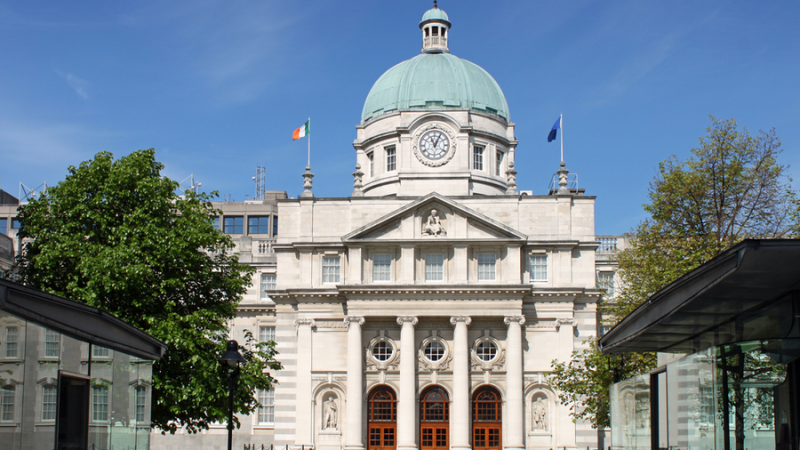 An Irish lawmaker on Wednesday called for the country’s longstanding principle of neutrality in international affairs to be enshrined in the Constitution. [Shutterstock / spectrumblue]

An Irish lawmaker on Wednesday called for the country’s longstanding principle of neutrality in international affairs to be enshrined in the Constitution via a public referendum.

The call, issued by TD John Brady during a debate in the Dáil on Wednesday, followed the release of a report last week that recommended a major overhaul of the Defence Forces, concluding that a continuation of “business as usual” would leave them “without a credible military capability to protect Ireland, its people and its resources for any sustained period.”

The report showed that the Defence Forces were in “an enduring major crisis”, said Brady who also criticised Foreign and Defence Minister Simon Coveney for failing to implement reforms to address this.

Brady called for was a referendum to enshrine the principle of military neutrality, which has been Ireland’s official policy for nearly a century, in the country’s Constitution.

Ireland’s neutral status was also highlighted by other lawmakers in the debate, often as part of broader calls for increased military spending.

“We raised the flag of neutrality and that shielded us from having to invest in the array of equipment and the capacity that are the hallmarks of a military neutral nation, one that does not depend on others to monitor its airspace or economic waters”, said TD Brendan Howlin.

Coveney described the report as “wide-ranging, blunt in its assessment, challenging and comprehensive”, adding that he was committed to “seizing this opportunity to develop the Defence Forces” and that he hoped the document “will foster read debate about the defence that we need as a modern neutral European country.”