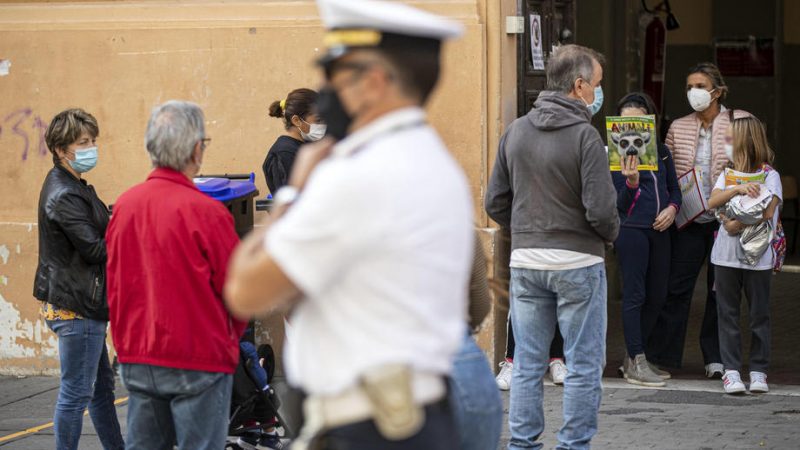 Lazio, the region around Rome, imposes a curfew. [EPA-EFE/ANSA/MASSIMO PERCOSSI]

Italy’s region of Lazio adopted a curfew that will run from midnight to 5am starting Friday, following in the steps of Lombardy and Campania, two regions that already ordered similar measures to come into effect this week.

While people will have to show a certificate declaring a “proven necessity” for leaving their homes during curfew, those who breach the new rules will have the same fines applied during March and April, when the whole country was locked down.

“The government knows it is asking citizens for sacrifices, but they are necessary,” said Prime Minister Giuseppe Conte, adding that the choices made in the last few months allow for a “generalised lockdown, which will stop any public and working activity.”

“We are in a different situation from March, so the measures enforced will be different,” said the prime minister.

“School activities will remain in person: we owe it to school personnel, families and especially to our students, who need such an experience. Only high schools will have a certain flexibility in schedules”, he added.

Piedmont already announced that high school students from the second to fifth year will have to sit half of their school hours online, rather than in school.

Lazio will adopt a similar measure, including for universities.

The situation in Italy is becoming increasingly worrying, as the country registered 15,199 new coronavirus cases on Wednesday (21 October), which is another record for the country. The same day, Italy reported 127 related deaths, adding to the tally of 36,832.