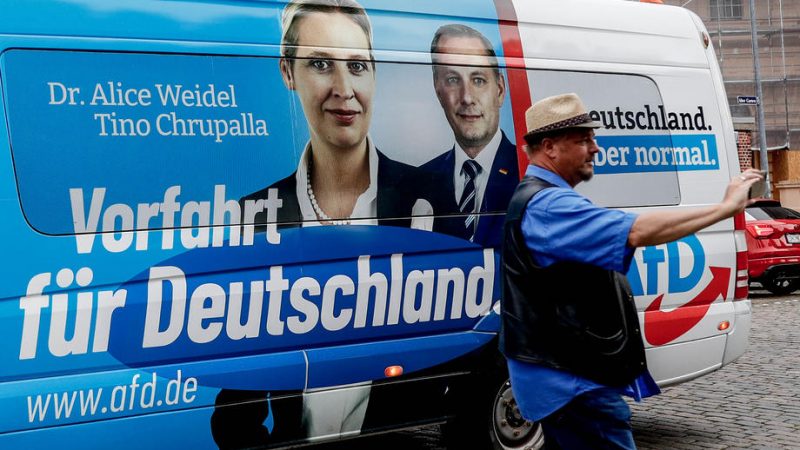 German law does not allow for party donations from outside the EU to exceed €1,000. [EPA-EFE/ FILIP SINGER]

German prosecutors have closed the case of illegal donations against Alice Weidel, a lead candidate for German far-right party AfD.

A Swiss company had donated €132,000 to the AfD regional party in Lake Constance. German law does not allow for party donations from outside the EU to exceed €1,000.

Weidel – whom some regard as more moderate than her running-mate Tino Chrupalla – resides in Switzerland with her wife. However, because her political district is in Lake Constance, Weidel had been implicated in the illicit donations to the party, which had taken months to return the donation.

Splitting up a large donation into smaller parts is only penalised when a politician’s explicit cooperation with a donor can be proven.

The news comes at a time when her party is struggling to capitalise on the disgruntled vaccination sceptics as well as those disgruntled by the country’s pandemic lockdowns.

It is currently polling at around 11%, less than during the last federal elections in 2017.