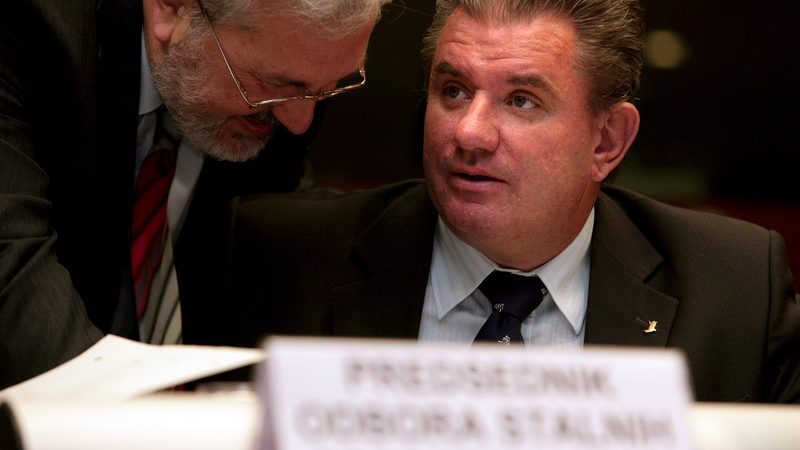 In the recording, Vizjak told Petan it was “stupid” for the company to pay tax. He appears to promise cooperation by the government, remarking that “I give you my word. [EPA-EFE / OLIVIER HOSLET]

Slovenia’s embattled government has a new scandal on its hands. A recording leaked by a TV station appears to show Environment Minister Andrej Vizjak, a close aide of the prime minister, cosying up to a businessman in 2007 and offering advice on how to avoid paying tax.

The leaked audio recording purportedly shows Vizjak talking to Bojan Petan, a leftist media baron and owner of a major tourism company, offering to make a deal concerning staffing at the partially state-owned company at a time when a battle raged over its privatisation.

In the recording, Vizjak told Petan it was “stupid” for the company to pay tax. He appears to promise cooperation by the government, remarking that “I give you my word. Shareholder meetings are about cooperation. My people will act as we agree.”

Vizjak was quick to dismiss the recording as a “collage” launched by the “garbage mafia” because of forthcoming changes to a law governing the handling of waste packaging.

“I cannot explain this other than being an attempt to liquidate me from this post because of waste management. The ‘garbage mafia’ has so far liquidated all ministers when they put forward something that didn’t suit them,” said Vizjak.

However, Interior Minister Aleš Hojs appears to have inadvertently confirmed the tape’s authenticity by saying on Twitter that he had been notified of the old wiretapped recording a while ago, when he was warned it would be broadcast “at an appropriate time to undermine him and the government”.

The opposition has urged the minister to resign, while the government’s junior coalition partners demanded explanations. Prime Minister Janez Janša has so far refrained from commenting.