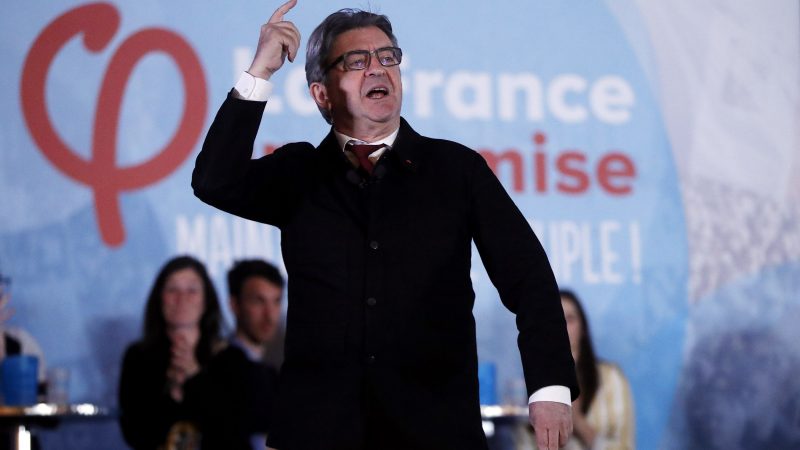 “Nobody thinks to say why prices are rising and who is taking benefit from that”, the left-wing candidate for next April’s presidential elections told French news channel BFMTV on Tuesday. [EPA-EFE/GUILLAUME HORCAJUELO]

As prices for fuel and electricity are soaring across Europe, La France Insoumise candidate Jean-Luc Mélenchon said he wants to go back to pre-price-hike-levels by blocking prices and redistributing profits.

“Nobody thinks to say why prices are rising and who is taking benefit from that”, the left-wing candidate for next April’s presidential elections told French news channel BFMTV on Tuesday.

“I, therefore, propose to freeze prices to bring them back to a bearable level,” Mélenchon said.

Mélenchon, who is currently polling at 8%, said he wants to go further and redistribute the profits made by gas suppliers.

“If you take 10% of the profits of our gas suppliers, you can offer €500 to each subscriber, that is to say, the whole sum of what they had to pay additionally since 2017,” he said, adding that “it’s not true to say that there is no solution.”

The government has answered the sharp rise in energy prices in the country by freezing the price of gas until next April  – when the presidential election is due – and limiting the price increase of electricity to 4%. The executive has also announced the introduction of an “exceptional energy cheque” worth €100 to 5.8 million households.

A so-called “fuel cheque” – an idea favoured by Economy Minister Bruno Le Maire and the Greens – is also being discussed, according to FranceInfo.

Socialist candidate Anne Hidalgo, currently polling at 4%, has proposed to lower taxes on fuel. Right-wing candidate Marine Le Pen also suggests reducing the VAT on fuel, gas and electricity from a current 20% to only 5.5%.