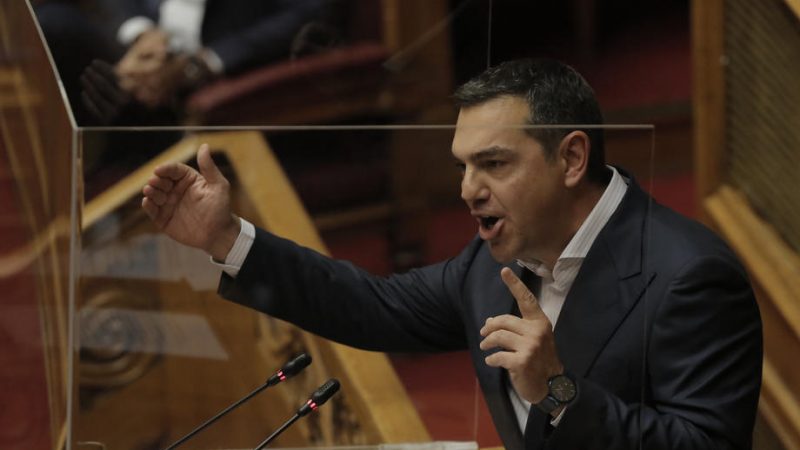 The leftist main opposition Syriza party has filed a motion of censure against the government, saying the ruling conservative New Democracy party is “dangerous” for the country following a catastrophic snowstorm that paralysed the country.

In addition to the mismanagement of the snowstorm, the opposition accuses the government of incapacity when it comes to the pandemic, as on average more than 100 people die daily from COVID.

Moreover, the opposition criticises the government for the income loss of citizens due to increased prices, especially in the energy sector, saying not enough measures have been taken.

Main opposition leader Alexis Tsipras is expected to lash out against the government in a speech at the Greek House, also focusing on corruption cases allegedly involving the ruling party.

The leader of the Pan-Hellenic Socialist Movement (Pasok), Nikos Androulakis, said he would support the motion of censure, but he is not in favour of snap elections.

Syriza supporters commented that Androulakis’s statement was groundless, considering that he recently participated in the procedures to be elected as a party leader also amid a spike in COVID cases.