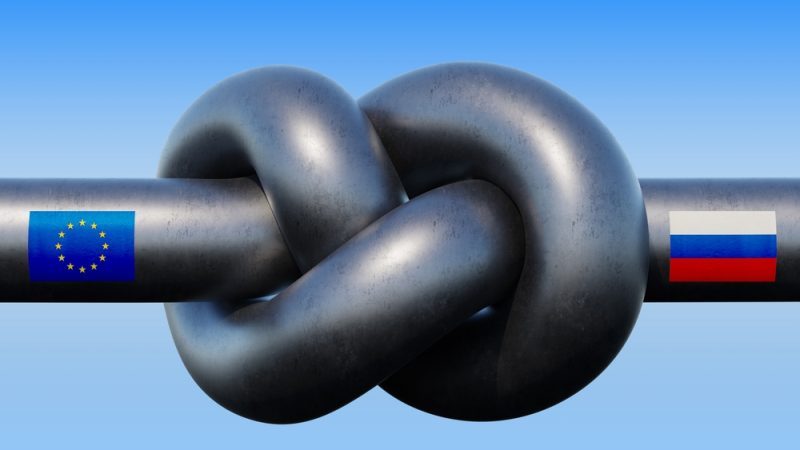 The war crimes committed in Bucha and Irpin leave us no choice: we must stop funding Putin’s genocidal war machine, and switch away from Russian energy imports right now, writes Mark Lynas. [Shutterstock/Victoria Viper B]

Lithuania is the first EU country to have completely stopped importing Russian gas, the energy ministry announced on Saturday.

The move to become fully independent from Russian gas was made in response to Russia’s energy blackmailing  Europe and the war in Ukraine.

“We are the first EU country among Gazprom’s supply countries to gain independence from Russian gas supplies, and this is the result of a multi-year coherent energy policy and timely infrastructure decisions,” said Lithuania’s Energy Minister Dainius Kreivys.

This is confirmed by the data of the Lithuanian gas transmission system operator Amber Grid, which showed that on Saturday (2 April) the import of Russian gas for Lithuania’s needs through the Lithuanian-Belarusian interconnection was equal to 0 MWh.

The terminal was established a decade ago. “Years ago my country made decisions that today allow us with no pain to break energy ties with the aggressor. If we can do it, the rest of Europe can do it too!,” President Gitanas Nausėda tweeted.

LNG terminal operator Klaipedos Nafta indicates that three large LNG cargoes will reach the terminal each month, which is planned to be enough for all customers.

“In 2015, Lithuania received 100% of its natural gas from Russia. In 2020 more than 60% was still received from Russian energy producers,” tweeted Defence Minister Arvydas Anušauskas.

Latvia and Estonia have also made the same choice, it was announced on Saturday, LRT.lt reported.