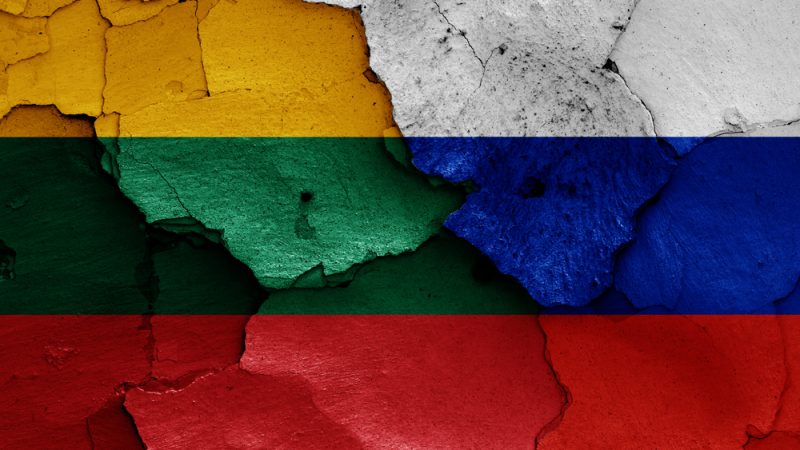 On the same day, Lithuanian Foreign Minister Gabrielius Landsbergis announced on Twitter that Lithuania’s Ambassador to Ukraine would head back to Kyiv. [Shutterstock/danielo]

Russia’s Ambassador to Lithuania will have to leave the country due to a downgrading of diplomatic relations amid the war in Ukraine, the foreign ministry announced on Monday.

On the same day, Lithuanian Foreign Minister Gabrielius Landsbergis announced on Twitter that Lithuania’s Ambassador to Ukraine would head back to Kyiv.

“Lithuania stands in full solidarity with Ukraine and the Ukrainian people, who are victims of Russia’s unprecedented aggression. We are therefore lowering the level of Russia’s diplomatic representation,” Landsbergis said.

In response to the Russian aggression against Ukraine, the government also closed down the Consulate General of Russia in Klaipėda. The foreign ministry of Lithuania summoned representatives of Russia’s embassy in Vilnius and informed them of the decision.

Lithuania strongly condemned the atrocities committed by Russian forces in several previously occupied Ukrainian towns, including the massacre in Bucha.

“Unfortunately, what the world saw in Bucha can be only the beginning. We will be able to discover even more evidence of cruel war crimes in other towns upon their liberation. The war crimes and crimes against humanity committed by the Russian armed forces in Ukraine will not be forgotten,” Landsbergis said.

Lithuania supports all measures to ensure the accountability of the Russian armed forces for violations of human rights and the international humanitarian law in Ukraine, the government added.

Lithuania’s Ambassador in Moscow will also return to Lithuania “in the near future”.

Commenting on the decision made on Monday, Linas Kojala, director of the Eastern Europe Studies Centre, tweeted: “Formally, it is a downgrade of diplomatic ties, though it is difficult to see how they could be maintained”.

A week ago, Russia expelled four Lithuanian diplomats following Lithuania’s decision to declare four employees of the Russian Embassy as persona non grata “for activities incompatible with their diplomatic status” earlier in March.