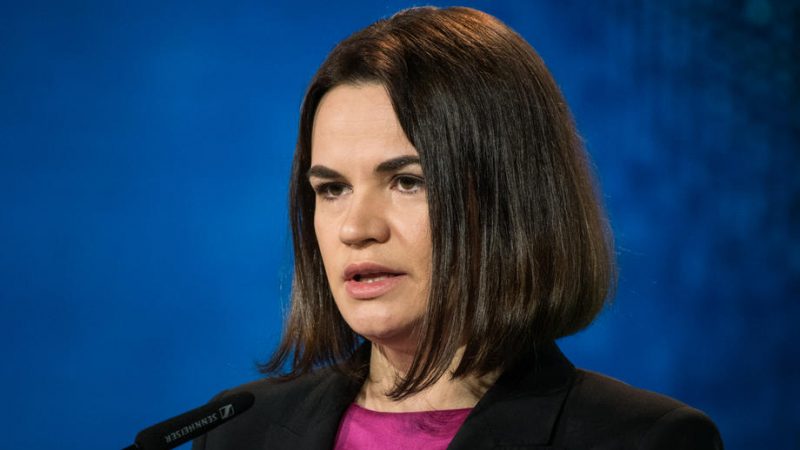 The accreditation is a symbolic step in the legal recognition of Belarusian civil society and its aspirations to implement democratic changes in the country, the ministry said. [EPA-EFE/STEFFI LOOS]

The accreditation is a symbolic step in the legal recognition of Belarusian civil society and its aspirations to implement democratic changes inside the authoritarian country, the ministry said.

“Lithuania recognises the democratic will expressed by Belarusian people, which is like a choice that has not been fully realised. We provide an opportunity for that choice and its representatives to work in Lithuania and operate in our country until the democratic will is rightly and fully expressed in their country,” Foreign Minister Gabrielius Landsbergis told reporters after presenting a note to Tikhanouskaya.

The representation will be led by Tikhanouskaya herself, who said that the status granted to the office by the foreign ministry was an “important step in delegitimising Lukashenko’s regime and reiterating new Belarusian majority”.