Lithuania to start building barrier on border with Belarus this week, says minister 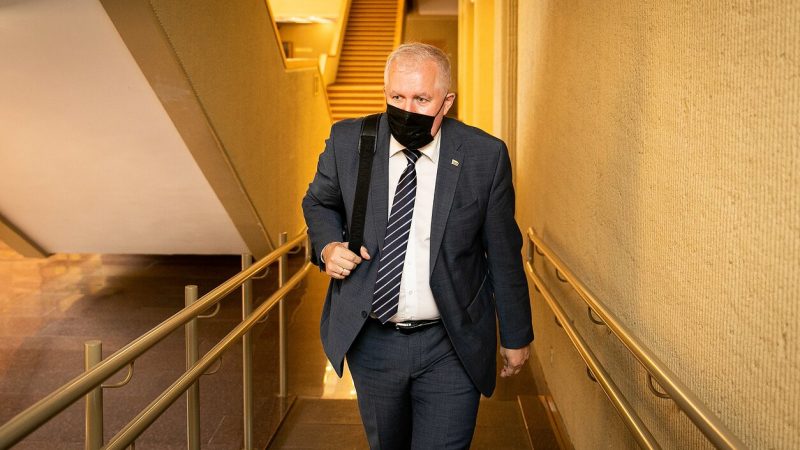 Lithuania is due to start building barbed wire fencing on the border with Belarus, Defence Minister Arvydas Anušauskas confirmed on Thursday (8 July).

“It will be launched most probably today or tomorrow, at the latest, but, of course, this would only be the beginning,” he told BNS. “The manufacturers have already been ordered to start [preparing] the wire in coils.”

“If we are instructed to cover the entire border [with Belarus], then it will certainly take some time […] as each of the manufacturers produces five kilometres per day,” Anušauskas added.

Military representatives confirmed to BNS that the so-called concertina wire would be used for fencing.

This barrier would be marked accordingly and would act as a “stopping buffer”, preventing people from crossing until the arrival of border guards, according to Anušauskas.

Lithuania has been facing a spike in irregular migration in recent months, with Lithuanian officials calling it a hybrid attack organised by the Belarusian regime against Lithuania.

A total of 1,509 people have been detained in Lithuania after crossing the border from Belarus, marking a sharp increase from some 100 people detained annually over the past several years.