Lithuania to support “those fighting for freedom” in Taiwan 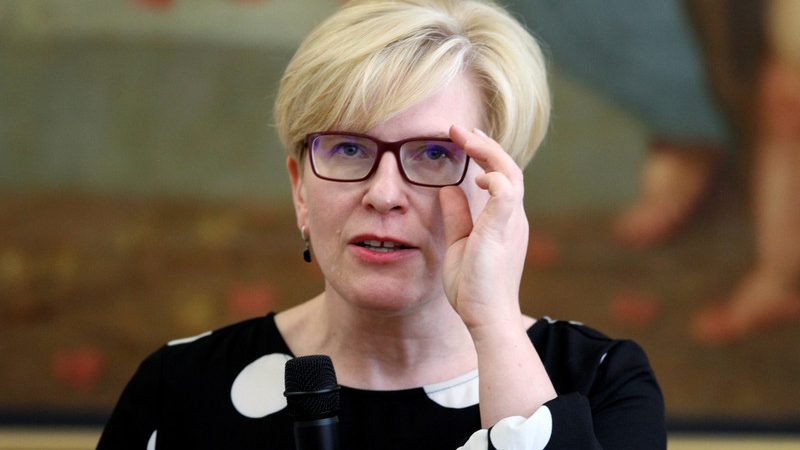 Lithuanian likely-to-be next prime minister Ingrida Simonyte during a meeting with voters in Telsiai, Lithuania, 04 May 2019. [EPA-EFE/Valda Kalnin]

Lithuania’s new ruling coalition agreed on Monday to commit their incoming government to support “those fighting for freedom” in Taiwan, threatening to hurt the small EU member’s relations with China, a potential investor in its main port.

EU member states, and the bloc itself, have no formal diplomatic ties with Taiwan due to the objections of Beijing, which considers the island part of China.

The Lithuanian coalition agreement, signed by leaders of the Homeland Union, Liberal Movement and Freedom parties, which together won 74 seats in 141-seat parliament on October 25, binds the new government to carry out a “values-based foreign policy”.

“We will actively oppose any violation of human rights and democratic freedoms, and will defend those fighting for freedom around the world, from Belarus to Taiwan,” they said.

The Vilnius embassy of China did not immediately reply to a request for comment.

Likely next Prime Minister Ingrida Simonyte told a news conference the new government would “not only note what happens near our borders, but also globally”.

The outgoing Lithuanian government did not dispute Beijing’s “one China” policy towards Taiwan. Still, China protested in May as Lithuania said Taiwan should be allowed observers at World Health Organization during the pandemic.

Lithuania’s relationship with China took a hit in 2013 as former President Dalia Grybauskaite met in Vilnius with the Tibetan Buddhist spiritual leader, the Dalai Lama. China brands him a dangerous separatist.

Relations have recovered since then, though Lithuania last year lodged a protest after Chinese diplomats were involved in disruptions during a pro-Hong Kong protest in Vilnius.