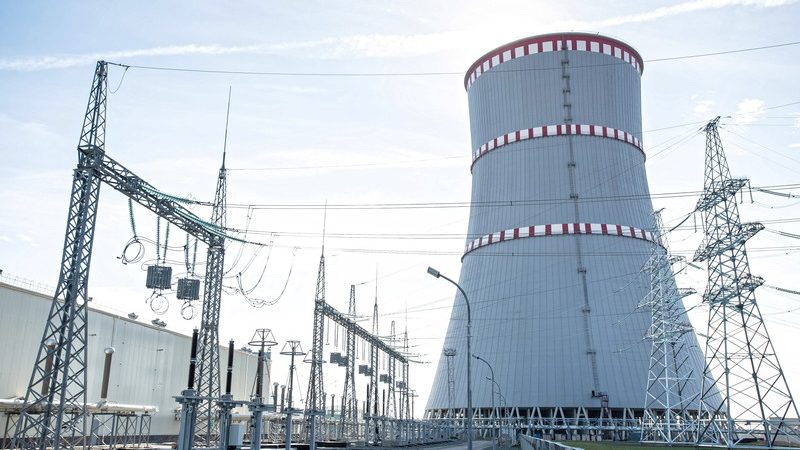 A cooling tower is seen at a nuclear power plant near Ostrowiec in the Grodno region, Belarus, 10 October 2018. [EPA-EFE/Wojciech Pacewicz]

Lithuania has asked Belarus for clarification after its new nuclear plant located some 50 kilometres from the country’s capital suffered an incident just five days after launch.

Belarus President Alexander Lukashenko took part in the opening of the plant on 6 November, where he said the launch of the Astravyets NPP was as “ordinary” as building a metro.

“Belarus is becoming a nuclear power,” he declared.

Several voltage-measuring transformers outside of the nuclear reactor exploded during an incident on 7 November, according to sources at TUT.by, an independent media outlet in Belarus.

On Monday, the Belarusian Energy Ministry said that “a need to replace the measuring equipment arose” during testing, without providing further details.

Lithuania’s State Nuclear Power Safety Inspectorate (VATESI) said the plant is still undergoing testing. However, “we have also received no information about the [planned] next steps to launch the plant”, VATESI told BNS in a written comment.

Lithuania has been one of the most ardent critics of the nuclear plant built by the Russian state atomic corporation Rosatom and funded by a loan from the Kremlin.

Vilnius says the plant is unsafe and was built in breach of international safety standards. Minsk denies all allegations.

In September, Estonia, Greece, Italy, Latvia, Lithuania and Poland had sent a joint statement to the Director-General of the International Atomic Energy Agency (IAEA) and contracting parties to the Convention on Nuclear Safety (CNS), calling on Belarus to start addressing nuclear safety issues without delay.

At the same time, the Russian company Rosatom is in talks with Belarus about the construction of a second nuclear power plant and a research reactor in the country, Rosatom chief Alexander Likhachev announced on Tuesday in a video statement.

In August, Estonia, Latvia and Lithuania agreed not to purchase electricity from the plant.

The Baltic states are gearing up to switch from the Russian-controlled BRELL electricity grid that also includes Belarus, and synchronise with the continental European system by 2025.