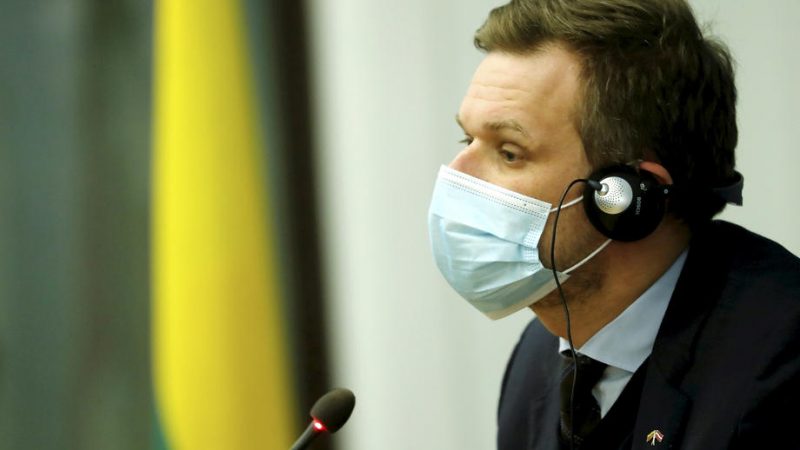 “I am not saying that we are leaving and it’s the end, but we should really consider what is the useful way of building a relationship with China,” said Landsbergis. [EPA-EFE/TOMS KALNINS]

The cooperation programme between Beijing and Eastern Europe has brought Lithuania “almost no benefits”, Lithuanian Foreign Minister Gabrielius Landsbergis told LRT.lt after the Lithuanian parliament agreed in February to leave the “17+1” summit of China and Eastern European countries, adding that it “is not useful for Europe, it is dividing Europe, because some countries have a different opinion on China than others.”

“I am not saying that we are leaving and it’s the end, but we should really consider what is the useful way of building a relationship with China,” said Landsbergis. “Lithuania needs to see what is the best way for Lithuania’s interests to be reflected,” the minister added.

In February, Lithuania’s parliamentary committee on foreign affairs agreed that the country should leave China’s 17+1 format. According to the committee’s chairman, Žygimantas Pavilionis, Lithuania should focus on working with democratic countries in the region.

“China has aims to take over strategic infrastructure in various countries, […] why should we embroil ourselves in these risks?” Pavilionis previously told LRT.lt.

Estonia, Latvia, and several other countries in Eastern Europe are also thinking of taking similar steps, said Pavilionis, adding that Lithuania plans to expand relations with Taiwan by opening an economic representation in the country.

Beijing has pledged to invest in local infrastructure, including ports, roads and industries that have failed to attract Western capital, making the region China’s gateway to Europe.

However, some countries have complained of Beijing failing to live up to its investment promises, as well as the political costs of dealing with China, since deepening cooperation with Beijing may harm relations with the US, which is seen as the main security guarantor in the region.

The Baltic states have also snubbed a recent 17+1 summit, which was presided over by Chinese President Xin Jinping, by sending ministers instead of the heads of state. (Benas Gerdžiūnas | LRT.lt/en)