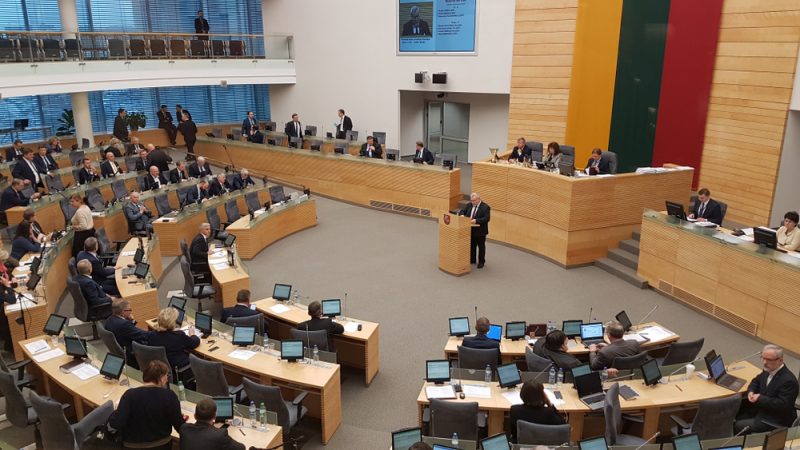 The decision is based on Russia and Belarus continuing their military aggression against Ukraine, resulting in a humanitarian and refugee crisis.  [Shutterstock/Birute Vijeikiene]

Parliament on Thursday prolonged the state of emergency, which was first introduced on 24 February, for a second time until July.

The decision is based on Russia and Belarus continuing their military aggression against Ukraine, resulting in a humanitarian and refugee crisis.

“In such a situation, it is necessary to ensure the protection of borders and to create preconditions for the humanitarian reception of persons fleeing aggression and war,” said parliament speaker Viktorija Čmilytė-Nielsen.

“We are seeing more activities of individuals with a potential information collection at the nationally important objects,” she added.

“These growing threats are impossible to liquidate temporarily without introducing some restrictions on the exercise of certain constitutional rights and freedoms and without setting emergency measures,” she said.

In a parliamentary press release, it was highlighted that Russia and Belarus are threatening the security of NATO, the EU, and other European nations, including Lithuania.

“The threat of hybrid attacks and provocations cannot be tackled without introducing a state of emergency that allows “proportional restrictions of rights and freedoms”, the release also reads.