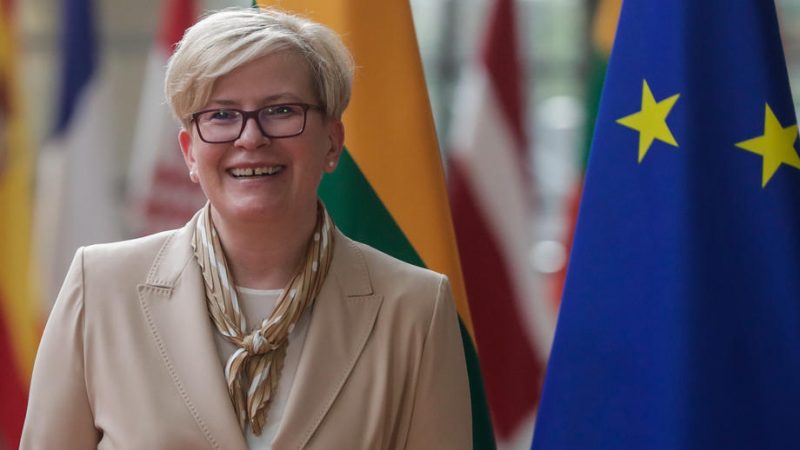 “Not only at the southern border, where we speak about economic migration, but also here when the state [Belarus] is allegedly organising criminal transportation of migrants,” she added.

Earlier this week, Lithuanian officers said irregular migration from Belarus has been growing, adding that Belarusian officers might be complicit in facilitating the crossings.

During her visit in Brussels, Šimonytė said that new sanctions on the Belarusian regime will take time, “but will definitely take place”.

After the recently forced diversion of a Vilnius-bound Ryanair flight to Minsk, EU leaders have asked the bloc’s chief diplomat Josep Borrell to draw up further targeted economic sanctions against the regime.

“And when we speak about economic sanctions, we need to understand that Lukashenko is ‘sitting on bayonets’ and he needs to finance those bayonets somehow,” Šimonytė told reporters on Thursday. “The Kremlin regime is helping him with part of funding but the other part comes in various ways [including from] Western markets.”

A week ago, Borrell said the EU was discussing banning the export of Belarusian potassium fertilisers via the Baltic states.

Belaruskali, one of the biggest exporters of such fertilisers in the world, is considered a critical source of income for the regime. Most of the exports go via Lithuania. (lrt.lt)