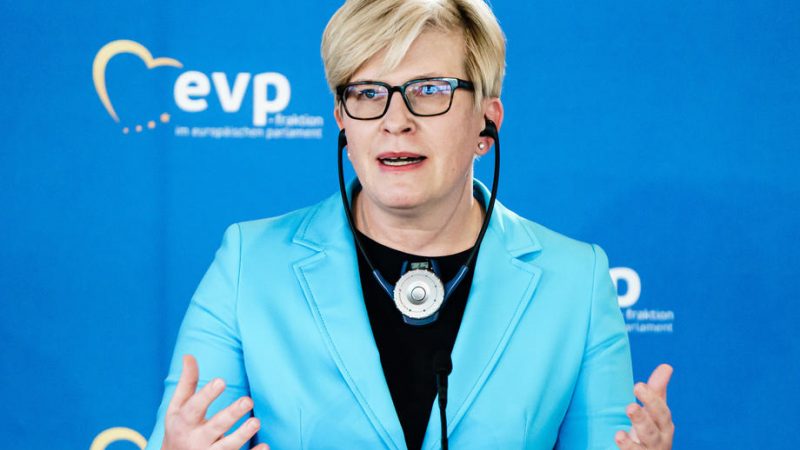 Šimonytė also noted that the ongoing crisis had shown that a future EU migration pact would have to distinguish between two types of migration: natural and orchestrated. [EPA-EFE/CLEMENS BILAN]

Although more than 3,000 primarily Iraqi refugees flown in by the Belarus regime were in Lithuanian custody, the situation is now relatively stable, Lithuanian Prime Minister Ingrida Šimonytė told journalists at the European People’s Party (EPP) congress on Thursday in Berlin.

According to Šimonytė, the management of the crisis was a perfect example of how EU leverage works, referring in particular to the intervention of EU foreign policy chief Josep Borrell, who managed to stop flights from Iraq to Minsk for some time.

Šimonytė also noted that the ongoing crisis had shown that a future EU migration pact would have to distinguish between two types of migration: natural and orchestrated.

German conservative chancellor hopeful Armin Laschet used the occasion to praise Lithuania’s contributions in hosting and giving an “important space” to the Belarusian opposition, adding that the country had CDU/CSU Union’s full support on the matter.

Lithuania has granted official status to the Belarusian pro-democratic opposition, led by Svettlana Tsikhanouskaya, though this does not give the opposition the rights and privileges of a diplomatic mission representing a state.