Lithuania’s new conservative-liberal government to be 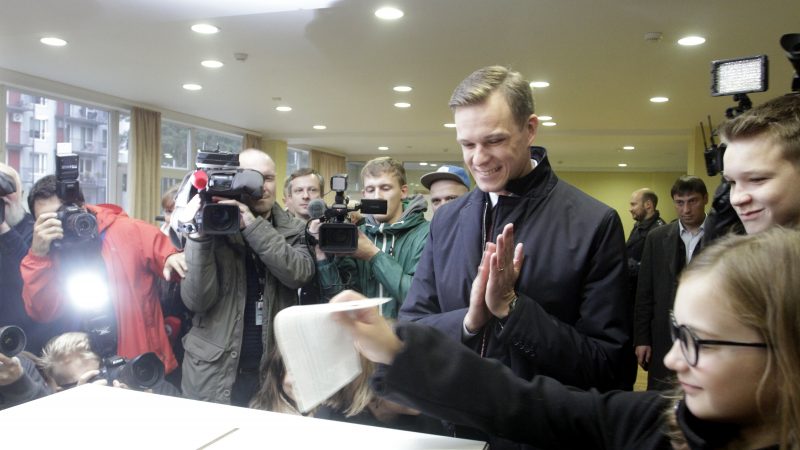 The second and final round of parliamentary elections in Lithuania concluded in the early hours of Monday. The conservative Homeland Union – Lithuanian Christian Democrats (TS-LKD) came in first, followed by the Farmers and Greens from the current ruling block.

The conservatives are now in talks to form a centre-right, or a conservative-liberal, coalition with the Liberal Movement and the Freedom Party.

The Homeland Union have pledged foreign policy continuity, singling out the Baltic states, the US, and Poland as “strategic partners”.

Since the election of Lithuanian President Gitanas Nausėda in May 2019, the government of Prime Minister Saulius Skvernelis has increasingly sought to solidify ties with Poland. Earlier this year, Skvernelis expressed support for Warsaw in its rule of law dispute with Brussels.

The conservatives have also promised to review some of the bans enacted by the current government, especially on alcohol. However, they have pledged no “revolution” and said the changes, including within the next year’s post-coronavirus budget, would not happen overnight.

Head of the party, Gabrielius Landsbergis, also said they hoped to strengthen relations with Germany and to take advantage of cooperation with other centre-right parties in the EU and Scandinavia.

Meanwhile, the two liberal parties have said they would focus on tax cuts by reversing some of the hikes enacted during the financial crisis of 2009.

The Freedom Party also said they would focus on education and human rights, including same-sex partnerships and de-criminalisation of cannabis.

The Farmers and Greens, who define themselves as a left-wing party and will now be the largest opposition party, said they will actively resist any reversals and will champion “traditional values”.

The runoff election has technically not finished yet due to a vote recount in one of the municipalities, where two candidates have each received the exact same number of votes – 7,075. (Benas Gerdžiūnas | LRT.lt/en)