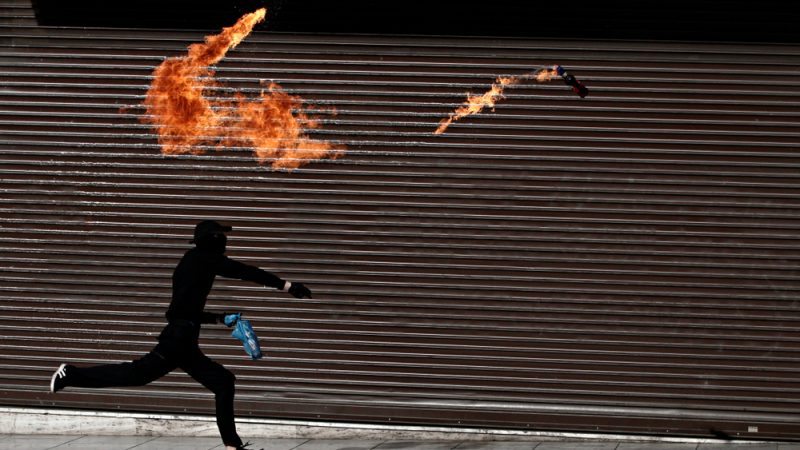 A fire broke out on Friday evening in the house of Vesna Fabjan, a local councillor for opposition party Marjan Šarec List (LMŠ), in Črnomelj, after an unknown perpetrator threw a petrol bomb through the window. [Shutterstock/Alexandros Michailidis]

A fire broke out on Friday evening in the house of Vesna Fabjan, a local councillor for the opposition party Marjan Šarec List (LMŠ), in Črnomelj, after an unknown perpetrator threw a petrol bomb through the window. No one was hurt and family members managed to put out the fire.

Fabjan told Radio Slovenia she did not know what the motive might be. “I have no idea who would have done this and why,” she said, adding that she would wait for the results of the probe. Šarec wrote on Twitter that it was a “cowardly act” that could not be justified, but that it was also a reflection of “increasing intolerance in society,” which will sooner or later “result in physical violence”.

“I always remind people, especially in times of crisis, of the importance of tolerance and the dangers of violence. I strongly condemn the act of violence in Črnomelj,” said President Borut Pahor in response to the attack. Prime Minister Janez Janša also condemned the attack in a Twitter post.

“The attack on the home of a municipal councillor in Črnomelj is a crime worthy of conviction and punishment. Regardless of the motive. What is surprising is the swift reaction of those who remained silent in the face of similar or more serious attacks on a Nova24TV cameraman (a TV founded by Janša’s SDS party), a photographer at the protests in Ljubljana, Mr Krek, death threats, etc.,” Janša wrote. (Željko Trkanjec | EURACTIV.hr)